Google has added a bunch of new features to their desktop image viewing, managing and editing software Picasa. Despite the minor bump in version number, from 3.8 to 3.9, the new release is actually a significant update with lots of new features and improvements. The feature Google is most eager to show off is Google+ sharing, of course. But there is plenty more for asocial people as well.

If you are on Google+, you can use Picasa 3.9 to share directly to the circles you’ve created. You can upload photos at original size, tag people and share your photos with specific circles or email addresses. If someone in your circles has not yet signed up for Google’s social network, they’ll receive an email to view your album in Google+. 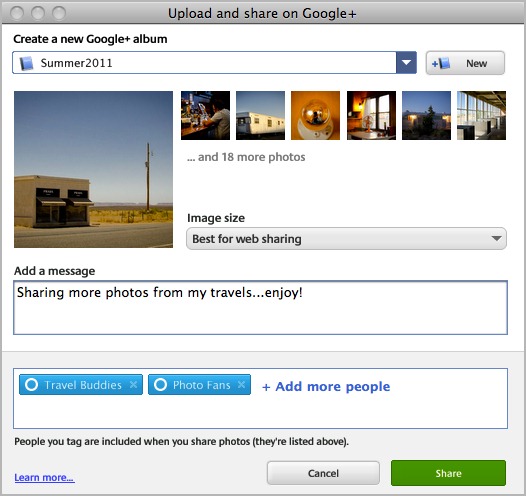 Picasa 3.9 has added a huge number of image effects like Vignette, Duo-tone, Borders, HDR, Cinemascope and more – a total of 25 new effects. The new Picasa also introduces a new side-by-side comparison feature that allows two photos or two different edited versions of the same photo to be displayed next to each other. 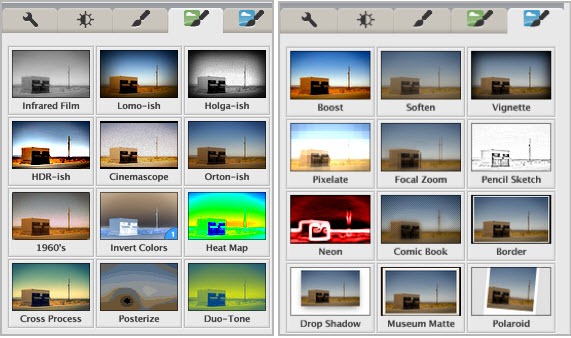 Another improvement that will be of value to people who want to reinstall Windows or migrate to another computer. Picasa now includes an experimental feature wherein you can migrate your database to another local drive. Additionally, the software has received an update that has improved restoring of virtual albums when you uninstall and reinstall, or move to a new computer. Album data is now stored on picasa.ini file along with all of your other edits.