Microsoft has started accepting applications for the closed beta of its new flight simulation game Microsoft Flight. The beta will begin next month, January 2012, and will enable flight simulator fans to lay their hands on the latest edition of the popular Microsoft Flight Simulator series before anybody else. 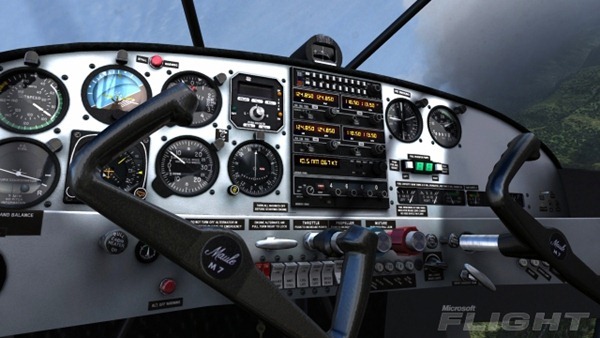 "With Microsoft Flight we’re approaching the virtual flight genre from the ground up, with the focus on the universal appeal of the experience of Flight," the company said. "We believe the simplicity of Microsoft Flight perfectly captures that vision while welcoming the millions of existing Flight Simulator fans. The new Microsoft Flight retains the full fidelity simulation longtime fans have come to expect while offering all players a whole new look and feel, a wide range of new game play and challenges, persistent experiences and social connectivity."

To apply for beta, head to this page and login with your Windows Live account.

According to information released on the website, Microsoft Flight will feature new aircraft, scenery and terrain, a revamped weather engine, and new game play elements that users of all skill levels will enjoy. The new weather engine renders more realistic clouds and weather effects, including fog that blends well with the surrounding terrain, which Microsoft’s previous flight simulator release, (Microsoft Flight Simulator X), was not capable of. The most noticeable graphical improvements are the newer shader models and the use of new DirectX versions. Part of the improvement is more realistic lighting and self shadowing on aircraft, as well as the ability for terrain and scenery objects to cast shadows onto other objects and terrain. The aircraft visual models are also much improved over those of the previous flight simulator releases.

While system requirements are not yet final, Microsoft released a set of requirements last month based on a later in-development version of the game.