CyanogenMod developer Koushik Dutta revealed, through a Google+ post, the possibility of an Android app store that will house apps banned from the official Android Market for various reasons. These will include custom ROMs, classic gaming emulators pulled due to copyright complaints, unofficial tethering apps, Voicemail apps, one-click rooting apps and other apps.

Google’s official app store isn’t as restrictive as Apple’s, but apps still get pulled from the Android Market for violating Google’s rules or at the behest of wireless carriers. CyanogenMod App Store will provide a home for such apps. Developers will be able to upload their apps to the proprietary store and the CyanogenMod Team will take a cut from the revenue earned by the developers by selling apps. Although the app store is tentatively named after the popular CyanogenMod open-source ROM, it would be available for users as well as developers of any custom ROM.

CyanogenMod is one of the most popular and successful Android ROM in existence, with an impressive 1 million active users. Custom ROMs offers customized version of the Android OS, free from carriers’ control and often with tweaks, customization and optimization applied for better performance. Users who ditch the stock ROM that came with their phone and install custom ROMs often notice faster response, longer-lasting battery and overall performance improvement of their Android devices.

Dutta first proposed an open app store as an alternative to the Android Market after his own ClockworkMod Tether app was booted out of the Market at AT&T command. In a later update shared through Google+, Dutta showed a screenshot of a very basic page for app submissions indicating the project is underway. 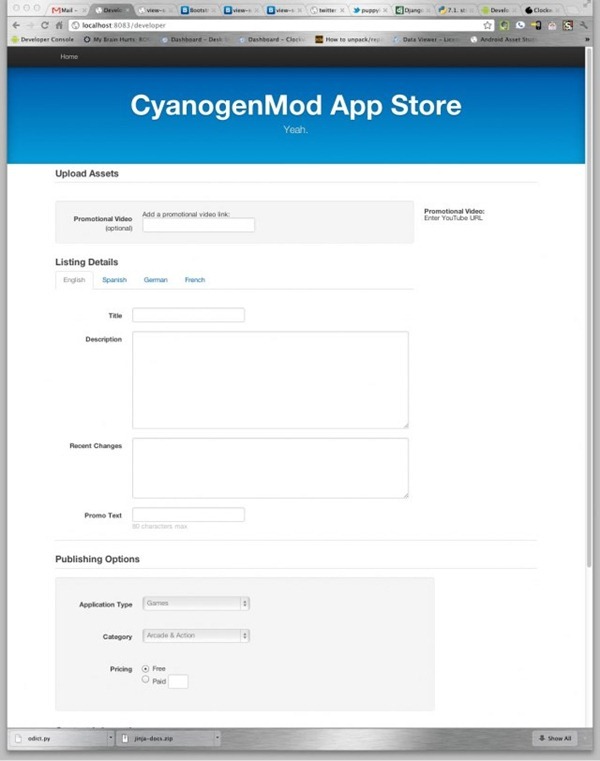