The energy crisis is more than gasoline and heating costs, it hits us at a basic level in our everyday lives, from using our computers to making our morning coffee. It costs us a small fortune every year to power our offices and gadgets, and leaves a carbon footprint in dire need of reduction. With technology at the core of our lives, what can we do?

Thankfully, innovators and manufacturers are becoming more aware of the benefits of solar energy and releasing an increasing number of solar solutions to get our high-tech lives off the grid and headed in a more environmentally-friendly direction. As solar gets even more mainstream, you can expect to see more and more solar-powered technology in the very near future. Here are a few examples of how gadgets are going solar.

Designed by Solarfocus, the SolarKindle is the first-ever solar-powered cover for the Kindle tablets and e-readers. The stylish cover protects your kindle while the built-in solar panel powers the LED reading light and backup battery while boosting your Kindle’s battery life. If you happen to be travelling and forget your power adapter, the Kindle can be recharged using the cover. According to Solarfocus, a fully charged reserve battery requires only eight hours of direct sunlight and provides up to 80% of backup power to the Kindle. That’s nearly three days of use per one hour of charging. Gadget-giant LG also plans to release a solar panel for powering e-readers and tablets later this year. 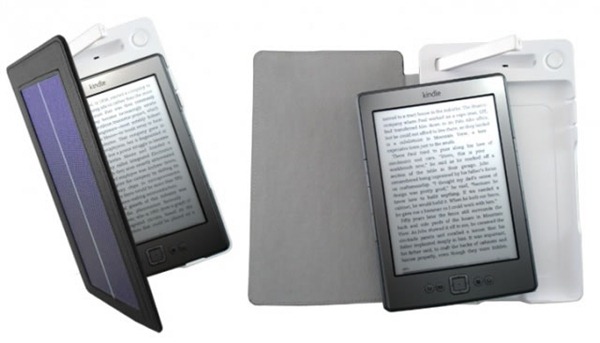 You would need a well-lit or sunny office to get much out of a solar keyboard or mouse, but if you are the type that loves working outdoors, this is a perfect solution. The Logitech Solar Keyboard and Mice feature 2.4GHz wireless and can store power from both outdoor and indoor light. Both gadgets adhere to Logitech’s fine design and thin form factor, and the Mac version even comes in six different colors.

There have been a few other attempts at eco-friendly mobiles, like the Samsung Blue Earth and Nokia’s wood phone, but the LG Pop has sustained more than a small carbon footprint. The phone features a petite resistive touchscreen, 3-way homescreen, full web browsing and several more bells and whistles you would expect from a Smartphone. The Solar cell-powered battery cover charges the phone on the go and is made from non-toxic components. The phone is also sold in packaging made from recycled paper using soy ink printing.

Look for the LG Pop from your mobile service provider, or get an unlocked phone from Amazon. Prices range from $79 to $150. 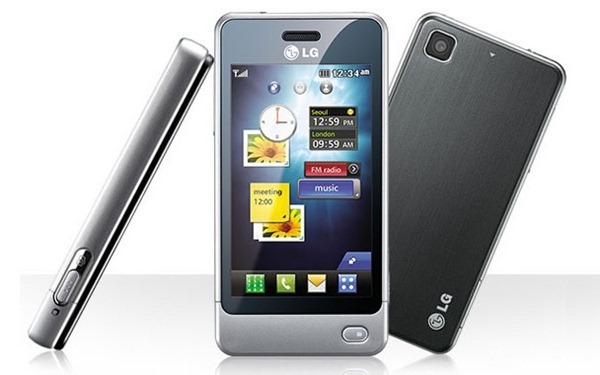 Another fantastic invention from Solarfocus, the Mio Pro is a portable Solar-powered USB charger that can be used with a huge variety of gadgets, from your camera to your coffee maker. Just one hour of bright light will provide enough energy to power an iPhone for 6 hours talking or 14 hours multi-media time.

Due to its amazing storage capacity, the Mio Pro’s price is a little steeper than the SolarKindle, at $159. Considering the diversity of USB, it is probably a worthy investment. 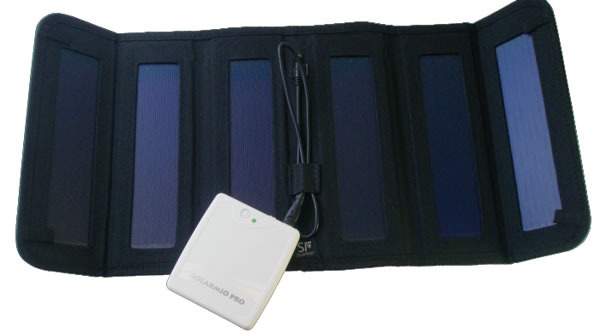 If you aren’t convinced of Solar energy’s power or application, this incredible innovation should get you thinking. Markus Kayser’s contraption, previously on display at the Royal College of Art in England, concentrates the sun’s rays to transform sand into any 3d form, allowing Markus to create sculptures, bowls and tools. The device is designed to track the movement of the sun for optimal power and efficiency. 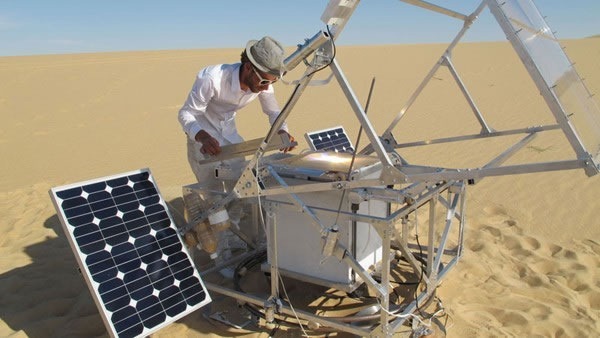 According to Kayser, his experiments with the Solar Sinter "represent the initial significant steps towards what I envisage as a new solar-powered production tool of great potential." Indeed, we are likely to see smaller, refined versions of this technology as early as this year. See it in action here.