Backing up the entire Windows registry hive, which you may intend to do when you move your programs to another computer or before you reinstall Windows, is pretty easy. Just fire Windows’ default registry editor tool regedit.exe and use the Export function from the File menu. This under-rated tool also allows you to selectively export registry keys. For instance you may want to backup the keys of a particular application, wherein you right click on the concerned key and use the Export function from the context menu.

So far so good, as long as you want to export only one key. How about backing up more than one set of keys? Sure you can backup each key individually, but you will agree it’s a tiring effort. The better way to do that is via the registry backup tool SMARegisTry Backup. 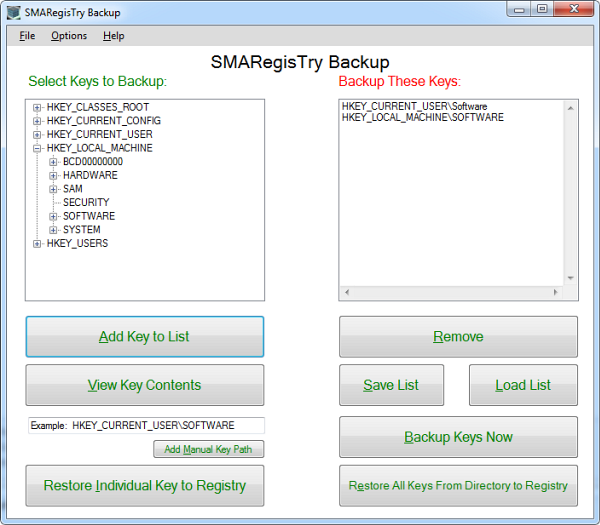 SMARegisTry Backup will also restore registry keys one at a time or all at once by scanning a directory for all .REG files and importing them all into the Windows registry. Although there are several competing registry backup programs, they do not allow you to selectively pick your keys. SMARegisTry Backup is the only one that offers this luxury, at least, till now.