Microsoft has published a new blog post regarding changes that have been made to Windows 8 Explorer, this time, based on actual feedback received from blog commenters, newsgroup discussions, and reviews that have been written about Windows 8. Back in the summer, last year, Microsoft detailed the Explorer ribbon and explained how Windows 8 Explorer will handle file copy operations and resolve conflicts. In response to the mountain of feedback received on those particular features, Microsoft is incorporating new changes just in time for the first public beta of the operating system slated for release next month. Microsoft noted that nearly 2,200 reader comments were taken into consideration when deciding which features to include and which ones to axe.

Here are some of the changes to look forward to. 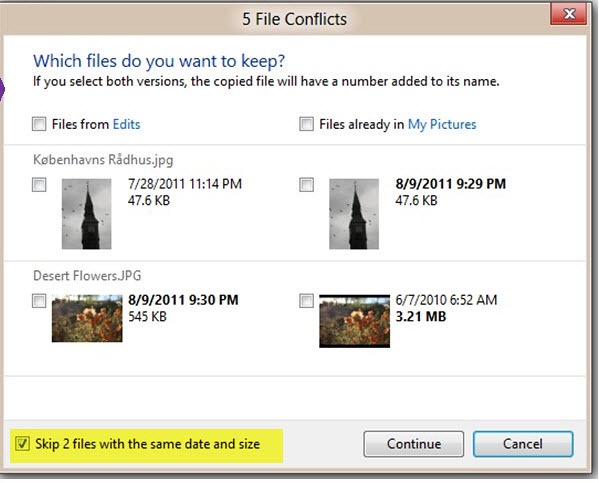 Speedup network file transfer with wires: If you are copying a file over wireless and then plug in a network cable, Windows 8 will automatically detect the faster connection and take advantage of the increased throughput on the fly. For this, both machines should be running Windows 8 though.

Respect picture orientation EXIF data: Explorer on Windows 8 will respects EXIF orientation information for JPEG images. If your camera sets this value accurately, you will no longer have to rotate images.

User setting roaming: Last but not least, Microsoft has added Explorer settings to the attributes that are roamed to your other Windows 8 PCs in the “Sync your settings” UI.