The Big Picture is a popular photo blog curated by the news website Boston Globe. The Big Picture features rich, dramatic and vivid photographs that highlights news stories from around the world. While photo blogs is an old thing, what sets The Big Picture apart from the rest are its large-format and high quality photographs. The Big Picture succeeded where others failed because of its simplicity. The photos that appear on The Big Picture take advantage of the maximum amount of screen real estate that is available and allows every detail of the photograph to be seen.

The Big Picture was launched in May 2008, and its success encouraged other news outlets to follow suit, starting a promising trend of beautiful photo storytelling. If you love The Big Picture, don’t miss these top photojournalism news sites on the web.

The Atlantic – In Focus

In Focus is The Atlantic’s news photography blog. It was started by Alan Taylor in January 2011 – the very person who created The Big Picture for The Boston Globe.

In Focus offers the opportunity to see the photos at the largest possible size. The default width of the pictures is 1024 pixel, but if your your monitor and bandwidth can handle, you can switch to even higher width of 1280 pixel. The website also supports keyboard shortcuts – "j" and "k" keys or the left and right arrow keys to move down or up within an entry. 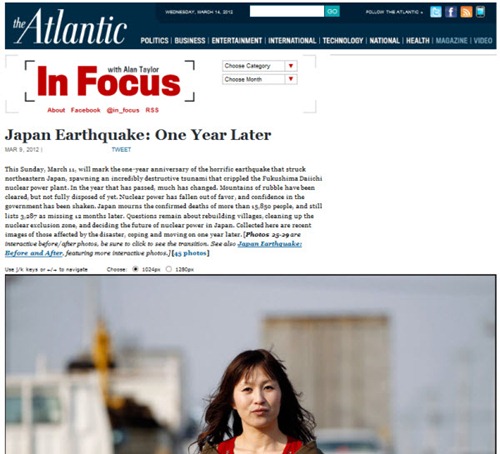 BBC needs no introduction. It’s one of the oldest and biggest news organization of the world. The In Pictures feature of BBC website published high quality photo galleries every day. 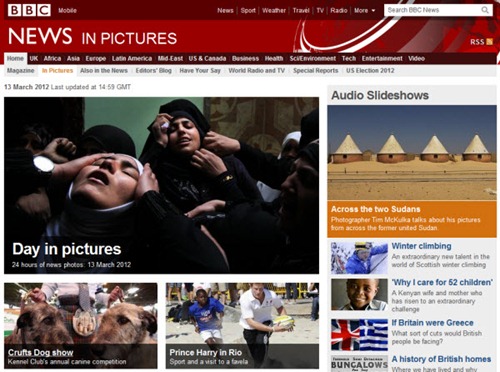 Framework, the photography and video blog of the Los Angeles Times, celebrates the power and explores the craft of visual storytelling. The blog highlights the work of Times photojournalists who frame by frame, document the drama, the emotion and sometimes the humor of life. Framework also aims to serve as a resource hub for photography, multimedia and video enthusiasts who share our passion. 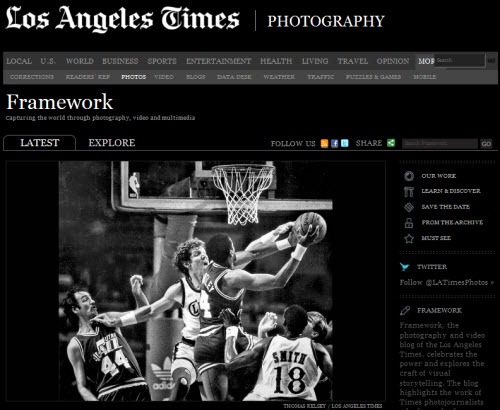 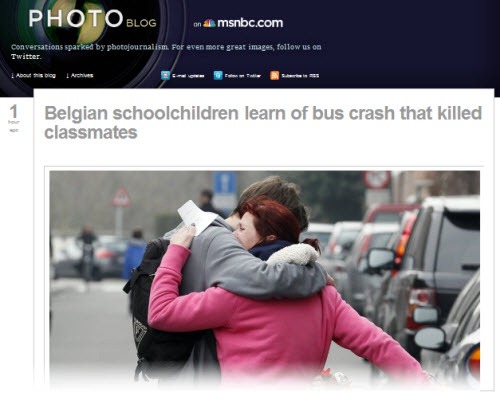 Lens is the photography blog of The New York Times, presenting the finest and most interesting visual and multimedia reporting — photographs, videos and slide shows. A showcase for Times photographers, it also seeks to highlight the best work of other newspapers, magazines and news and picture agencies; in print, in books, in galleries, in museums and on the Web. Reuters Full Focus is a large format showcase of Reuters award-winning photography that tells stories from around the world. It also has a forum that provides an opportunity for viewers to share their insights and perspectives on the photographs and the topics they address. 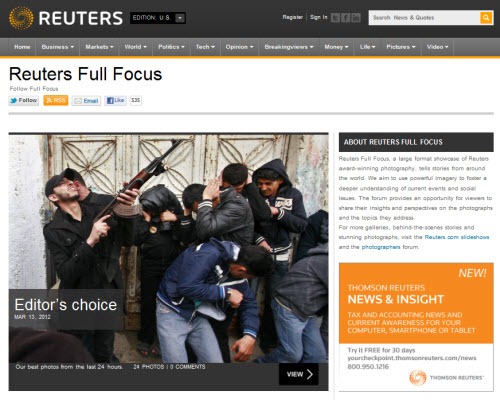 The Wall Street Journal is an American English-language international daily newspaper, the largest in the United States, by circulation. It has a circulation of 2.1 million copies (including 400,000 online paid subscriptions), as of March 2010. The Journal has been printed continuously since its inception on July 8, 1889. The newspaper version of WSJ has won the Pulitzer Prize thirty-three times. 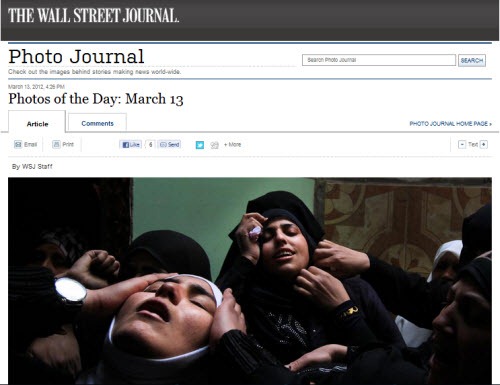 Founded in 1970 by Samuel Huntington and Warren Demian Manshel, and now published by the Foreign Policy Group, a division of the Washington Post Company, Foreign Policy is the premier, award-winning magazine of global politics, economics, and ideas. The online edition of Foreign Policy was launched in January 2009. 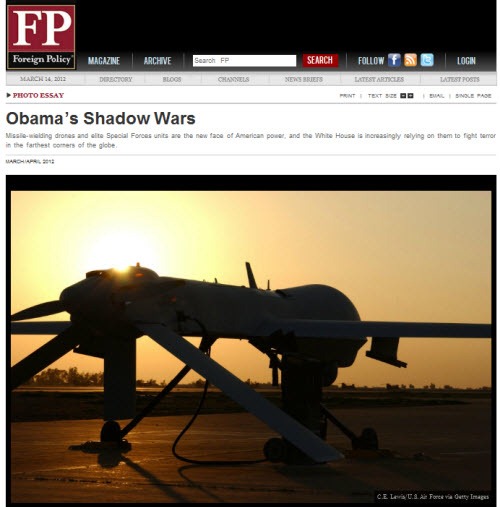 TIME’s photography blog, LightBox, was launched exactly a year ago on March 14, 2011. Since then it has published well over 500 posts – an average of ten a week. 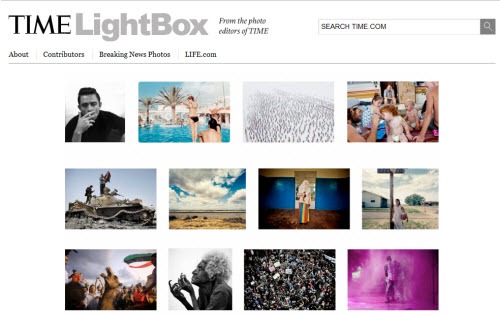 Founded in 1857, The Sacramento Bee is the flagship of the 30 daily and almost 50 non-daily newspapers owned by The McClatchy Company. The third-largest newspaper corporation in the country in terms of circulation, McClatchy prints more than 3.2 million papers each day, read by millions more all over the world via a covey of Web sites on the Internet. The Frame is the photography blog of The Sacramento Bee. 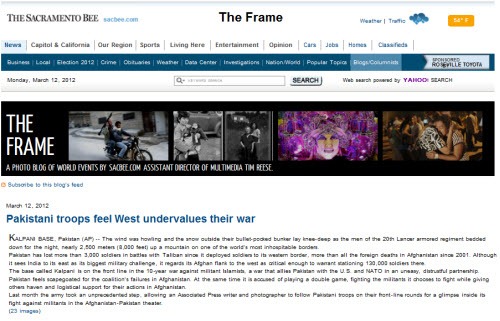 CNN debuted its news website CNN.com on August 30, 1995. The site attracted growing interest over its first decade and is now one of the most popular news websites in the world. The widespread growth of blogs, social media and user-generated content have influenced the site, and blogs in particular have focused CNN’s previously scattershot online offerings. CNN Photos is a relatively new addition to the website. 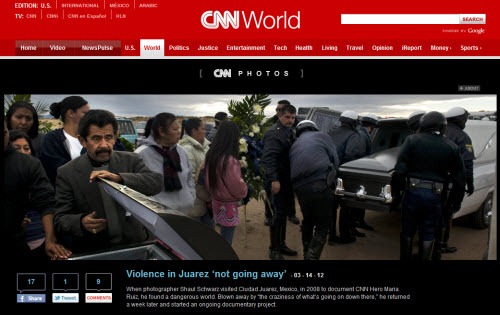 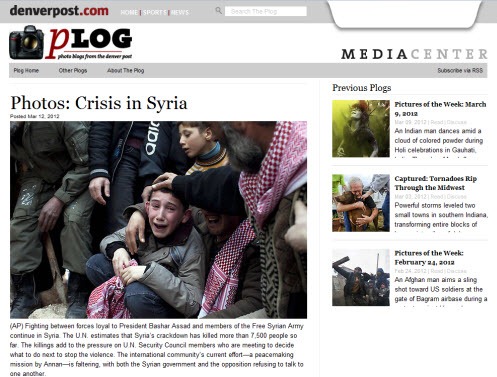 The Chicago Tribune is a major daily newspaper based in Chicago, Illinois, United States, and the flagship publication of the Tribune Company. Formerly self-styled as the "World’s Greatest Newspaper" (for which WGN radio and television are named), it remains the most read daily newspaper of the Chicago metropolitan area and the Great Lakes region and is currently the eighth largest newspaper in the United States by circulation. 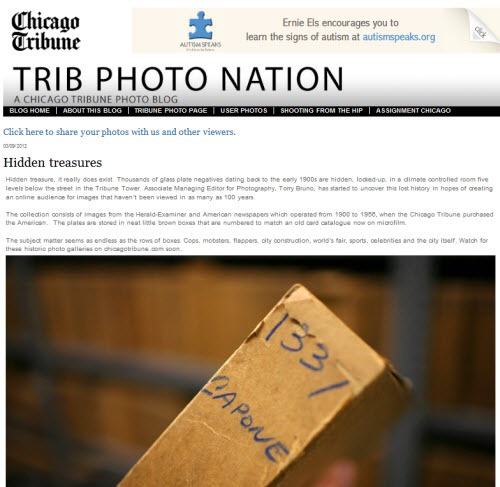 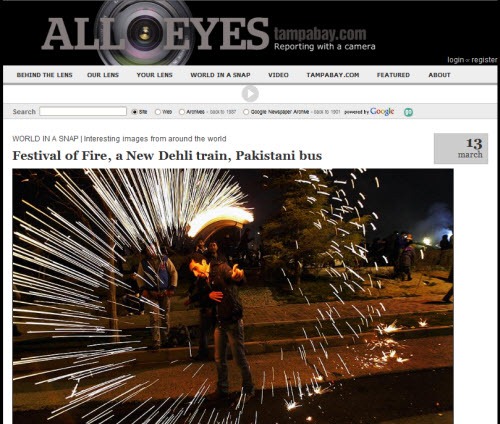