Workaholics, gamers, teenagers and computer users in general are notorious for staying up late at night, and then have trouble getting up in the morning. It’s not about getting to bed earlier, but failing to fall asleep when they do. This condition is known as "delayed sleep phase syndrome" and causes drowsiness that can ruin your entire day.

Before technology and electricity, the human body relied upon environmental light to determine when it was time to sleep and when it was time to wake up. In today’s world, computers, cell phones, and other devices dictate when it is time to get into bed and out of it, but the body has yet to adapt to these technological changes. Researchers have found that by timing the exposure to light at the right time and blocking it out at others, it is possible to correct distorted sleep patters that occurs due to mismatch between our internal and external alarm clocks. Specifically blue light. 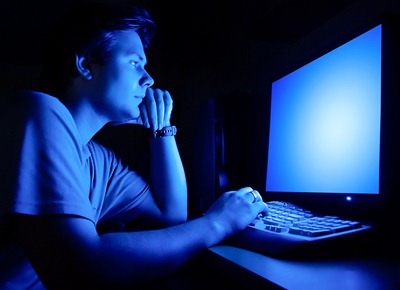 Daylight is dominated by the color blue. Thousands of years of evolution have taught human beings to regulate their internal clock based on the presence or absence of blue light. Blue light suppresses the production of melatonin in your body. Melatonin is a hormone that control your sleep and wake cycles.  Exposed to blue light, the body limits the production of melatonin, and we stay alert and awake. In the absence of blue light, melatonin production ramps up, and we get sleepy.

This means that if you get high dose of blue light before going to bed, it’s harder for you to fall asleep naturally. The usual culprits are late night blog comments and TV sitcoms. TV and computer monitors have a white point set to a color temperature of 6500K, known as D65 – a term defined by the International Commission on Illumination, CIE. D65 represents day light and is predominately blue. Notice how the spectral power distribution of D65 peaks around blue-green. 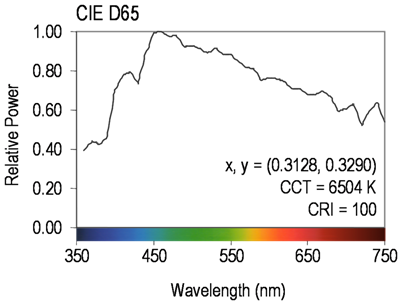 F.lux is a software that adjusts the white point of your monitor by the time of day. During the day, the white point is set to the default, 6500K. As the day progresses and the sun starts to sink, the white point gets shifted towards the red end of the spectrum and away from blue.

According to researchers blue light should be avoided two hours before going to sleep. But it doesn’t harm to start a few hours earlier. It also helps relax your eyes.