Last week Microsoft released Windows 8 Consumer Preview, and to go along with the preview build Microsoft has also made available an analyzer that checks your system to see if your hardware and software applications are compatible with the new version of the operating system.

Most of the one million early adopters who downloaded the operating system within the first 24 hours of release have either installed it on a virtual computer application or an a spare computer. Adventurous ones have upgraded their Windows 7 installation to Windows 8. If you still haven’t decided which way to go, but contemplating on installing on a real hardware as opposed to a virtual one, then you might be wondering whether your computer is fit to run Windows 8. 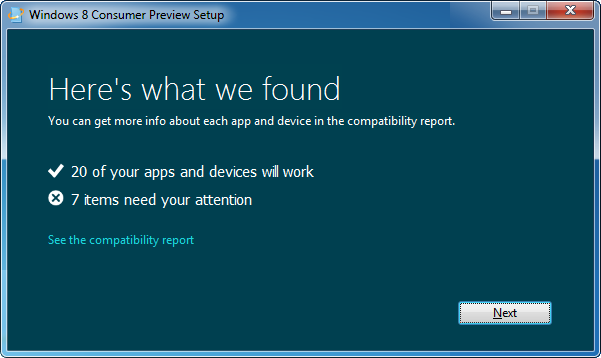 The program checks your system for hardware and software issues which might complicate the installation and reports on anything it finds. The report includes a list of items that are known to be compatible or not compatible with Windows 8. Remember, Consumer Preview is still a beta product and you can be sure that there are tons of bugs. Once the analysis is complete, you have the option to print out the report and exit the program, or carry on with the download of the Consumer Preview version of Windows 8 via the integrated download manager. If you have already downloaded the ISO, you should simply exit the program. 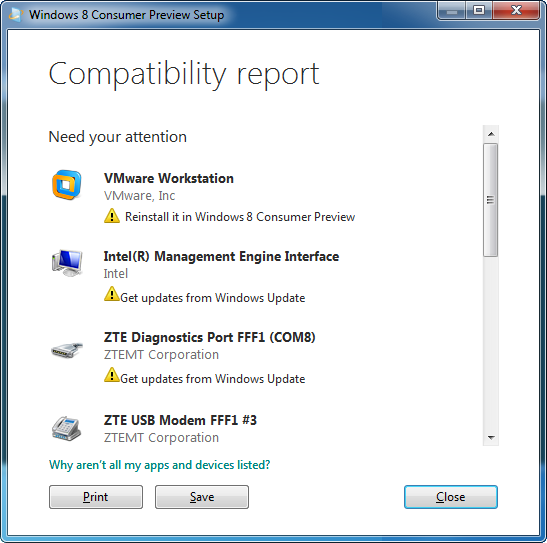 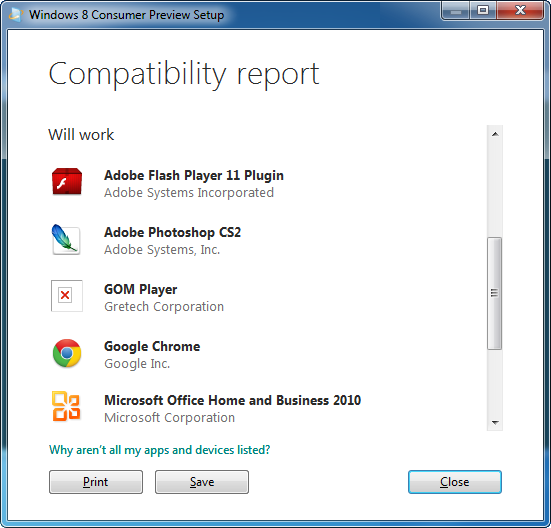 AMD has already released Catalyst drivers for Windows 8 Consumer Preview the very day of the release of the OS. If you are running an ATi Radeon display card, you can take advantage of Windows 8’s WDDM 1.2 (Windows Display Driver Model) including Stereo 3D that Windows 8 natively supports for gaming and video applications. The update also allows folks on Windows 8 to use AMD’s various display features, such as Eyefinity, CrossFire and Overdrive.

The new display driver supports only the most recent graphics card families from HD 5000 to HD 7000M, but 7000 series desktop cards aren’t supported. Also supported are AMD A-Series, C-Series and E-Series APU and FirePro and FirePro 3D Series as well.

NVidia haven’t released any drivers specifically for Windows 8, but they recommend all users running Windows 8 to use the NVIDIA R295.73 display drivers for 7 and Windows Vista. According to feedback left on NVidia forum by users, the latest drivers work fine on Windows 8 and supports WDDM 1.2.