Facebook today announced the Antivirus Marketplace that’s offering its 900 million users free downloads and six-month licenses from several antivirus companies including Microsoft, McAfee, TrendMicro, Sophos, and Symantec. Aside from downloadable and installable malware protection, these five companies will also augment Facebook’s URL blacklist system to prevent malicious URLs from being shared on the network. This means that whenever you click a link on Facebook, not only will be it checked against Facebook’s blacklist, but also the blacklists provided by Microsoft, McAfee, TrendMicro, Sophos, and Symantec. 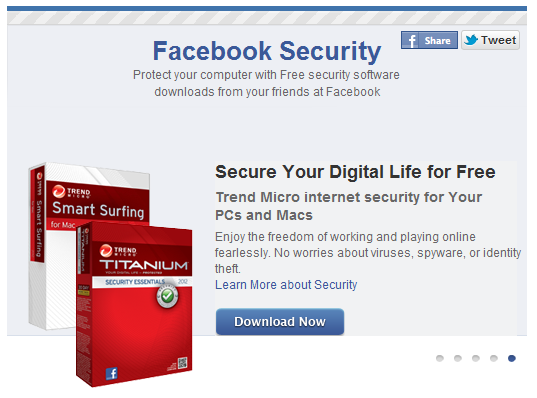 The free downloads and six-month licenses available via the Antivirus Marketplace are:

Other than Microsoft Security Essentials, which is entirely free, each download is accompanied by six months of free updates, but users are limited to just one free antivirus application per Facebook account. Of course, if you have more than a couple of members in your household and all share the same PC you can each snag a 6-month license and stay protected for several years. It’s even likely that Facebook will sign-up even more antivirus companies into its marketplace.