Have you ever checked your bank’s online site on your phone? Made a payment for something or tried to conduct a bank transaction? If the answer is yes, you’re not alone. The Pew Research Center’s Internet and American Life Project along with the Imagining the Internet Center at Elon University are of the view that in another 8 years or so cell phones will take the spot light as the primary form of payment beating both cash and cards. Options like Google Wallet are also making their way through the market for cellular transactions. What it does is it lets users coordinate with a payment terminal through a phone. It’s still a work in progress but progress will definitely not be slow on this one.

But how safe is using one’s cell phone for payments? Setting aside the typical “lost my phone, thief swiped it” story, we’re living in a digital world which begets digital solutions i.e. you don’t need to lose possession of your phone for it to be misused. And if payments are going to become that prolific through cell phones there’s hope that solutions to existing threats can at least be tailored simultaneously. 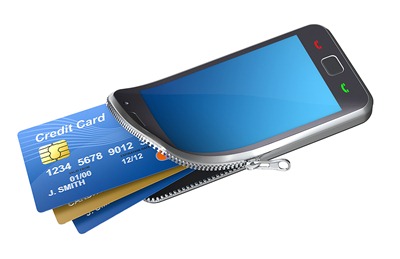 The Root of all evil…

…and the heart of your cell phone. A best bet for a hacker to gain access to everything you don’t want to share if your phone’s Root. Once a hacker gains access he can manipulate it any which way he wants. The system permissions can be easily altered and manipulated, which means your data can be stolen quite easily. The problem is that rooted phones can be easily targeted for spyware. A spyware app could additionally be added to the phone as a system application, and then removed from the main application list so the user can’t easily get rid of it. This means a rooted phone has the ability of making third party applications invisible, rendering the invasion of your privacy invisible.

Typing in your insecurity

Keyboard apps are all the rage and add to the ease of use for many a smart phone used. What users don’t know is that a keyboard app can also act as a keylogger and store your password through your keystrokes. It’s possible that you’ve got a strong password but it’s only good as long as it stays in your head. As soon as you compromise your password it doesn’t matter if your data is heavily encrypted or if you’re using a super secure app. All you need to do is make the mistake of downloading the wrong app; even if you download the right one, there’s no guarantee your data stays safe with the source the app came from. Even if there’s no initial malicious intent, the digital world has been known to misuse personal information.

The Google Wallet sounds like a great idea and given that the app comes directly from Google itself it’s bound to be secure, right? If Google’s Android trouble with spyware, malware and hackers are anything to go by, users shouldn’t be so relaxed about the Google Wallet. Especially since several apps on the Android market have permission from the user to meddle with information collected and stored by other apps – apps which have nothing to do with them; what’s to say Google Wallet’s information will stay safe? This means that private information within Google’s Wallet or any other future apps for the purpose can be easily compromised as long as Google continues to give developers a relatively free reign on the Android market. It would be a different story if users could alter permissions as per their own preferences

This is a guest post by Jane Andrew , who is the author of cell phone monitoring software and keylogger technology. She provides tips, tricks and news about computer and internet security. You can also follow her on Twitter @janeandrew01 to get the latest tips about computer security.