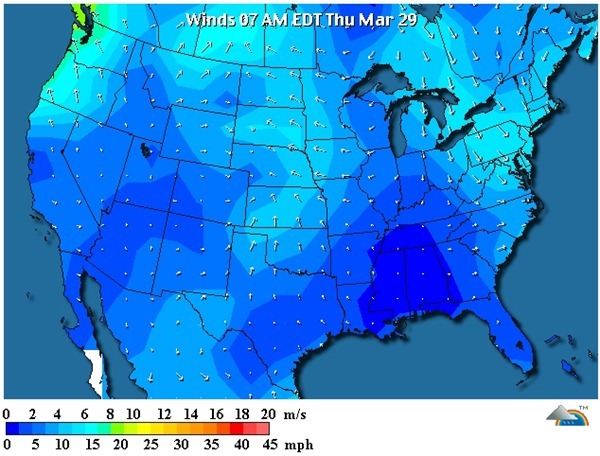 This one is from Weather Underground.

But at Flowing Media, computer scientists have created a real-time animated wind map that is stunning to look at. 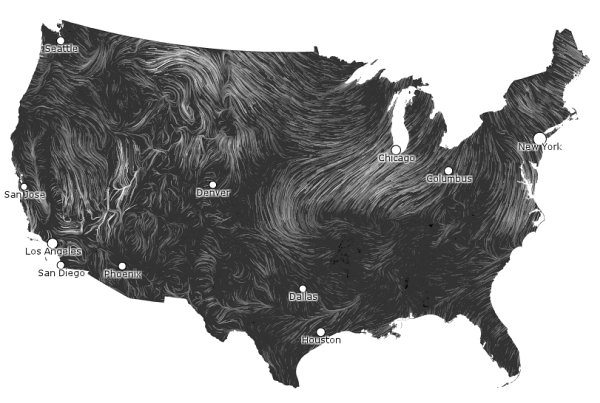 This static version doesn’t do it justice. You have to see the real, live map.

Wind Map is a hypnotically flowing beautiful depiction of wind movement over the entire continental United States. The map displays white streaks that show varying wind speeds from 1 to 30 miles per hour. The stronger the winds, the more dense the white streaks and the faster they move. You can even click on the map to zoom into any region. Here is the wind pattern around Las Vegas. 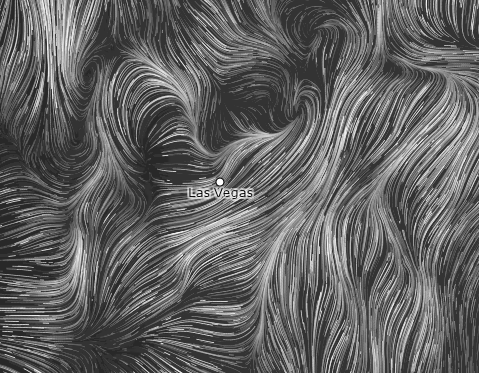 The map isn’t based on actual measurements of wind speed around the country. Instead, it’s based on near-term forecasts, revised once per hour and sourced from the National Weather Service.

Wind Map is designed by Fernanda Viégas and Martin Wattenberg, the creators of Flowing Media. The duo have day jobs at Google’s "Big Picture" visualization research group in Cambridge, Massachusetts. The duo wrote that they would like to design a visualization for the entire Earth but haven’t yet found a global source for detailed live wind data.