Linux on Android is an ongoing project that attempts to port the Linux operating system to Android. It consist of an installer that installs a complete Linux distribution on an Android device without removing Android from the device. Once you have the distro up and running you can pretty much run and install any Linux software you like, provided there is an ARM port or the application is not architecturally dependent.

Linux on Android is based on chroot, an operation that changes the apparent root directory for the current running process and its children allowing the user to create and host a separate virtualized copy of the software system. The scripts start by mounting the image file of the distribution within the Android file system and then mounts the SD card and the contents of the internal memory within the Linux file system. Chroot is then used to change the root directory to that of the mounted distribution and a bash shell is then opened to allow you to control the OS. The likes of VNC and SSHD are then set up when the OS is booted to allow you to connect to the GUI if you require it.

The project currently has installer for Debian, Ubuntu and Backtrack. You can expect to see some more Linux distribution, probably some light weight ones, in future. There is a free app for each Linux distro and a paid app for Ubuntu and Backtrack (each costing £0.99) and a ‘Complete’ paid app (£2) which features all supported distros and will always include any future distros. The free apps include everything you need but the paid apps include a ‘one click boot’ feature and faster downloads.

To run Linux on Android you need a decent phone with at least a 1GHz processor, plenty of RAM and 300MB of free space. Devices on which Linux on Android is reported to be working is listed on this page. If you can’t find your device there it doesn’t mean your phone is not supported, just that nobody has reported it yet. 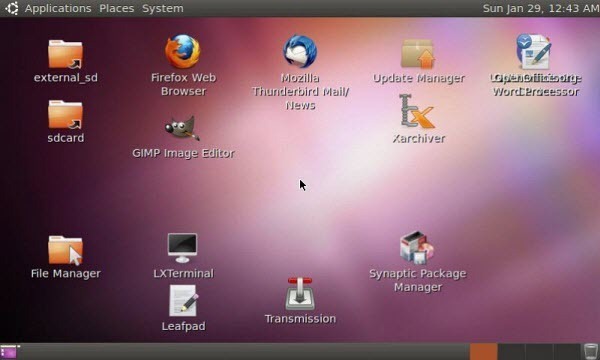 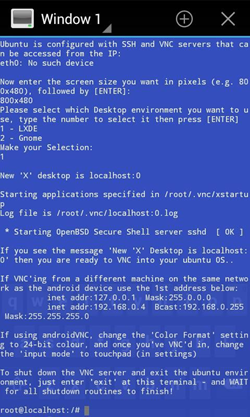 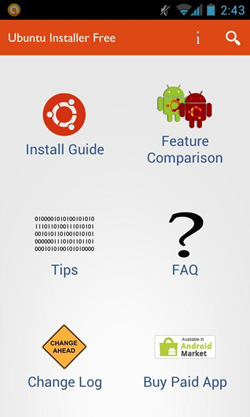 Related: Ubuntu for Android Turns Your Phone Into a Desktop Computer