Google has updated the post-via-SMS feature on Google+ by extending support to 41 new countries, and by doing so took the total from just 2 to a whooping 43. The 43 countries that Google selected has very low adoption of mobile broadband that can be attributed to high cost and poor coverage. India, for example, has 900 million mobile subscribers as of March 2012, but only 10-12 million of those subscribers are on 3G services. Smartphone usage in India is quite low as well with even the most optimistic reports putting the numbers at 25 million. However, all subscribers have access to cheap SMS services.

When Google+ launched in June last year, SMS features were available only in India and the US. After the expansion, Google+ SMS is available in 41 new countries: 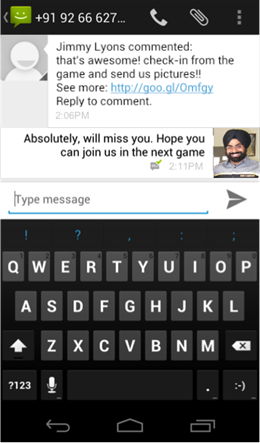 To get started, add and activate your phone number on the Google+ settings page. You can also add a PIN number for added security. While actual SMS attacks are quite rare, it is technically possible for an attacker to spoof an SMS and send updates to your Google+ account that appears as though it came from you. Once you setup a PIN, include the PIN before your SMS post and circles. For example:

The list of supported carriers and the phone number where the SMS needs to be sent is available on this page, and also reproduced below:

You can also receive notification alerts about various activity on your Google+ account. These notifications can be customized at a granular level.

SMS updates and notification is not a feature exclusive to Google+ though. Facebook also supports posting of status messages and receiving updates from friends and other notifications via SMS.