NASA astronomers using the Hubble Space Telescope have worked out when precisely our Milky Way Galaxy will crash into its neighbour, Andromeda making it possible to portray, with a fair degree of accuracy, how the night sky above our head will appear 7 billion years from now. While it’s another thing, there will be no humans on Earth to witness the spectacle.

The Andromeda galaxy located some 2.6 million light-years from Earth is on a collision course with the Milky Way. The pair are being pulled together by their mutual gravity and the scientists expect them to begin to merge in about four billion years’ time. A further two billion years on and they will have completely merged to appear as a single entity.

Although the galaxies will plow into each other, stars inside each galaxy are so far apart that they will not collide with other stars during the encounter. However, the stars will be thrown into different orbits around the new galactic center. Simulations show that our solar system will probably be tossed much farther from the galactic core than it is today, but our Earth and solar system are in no danger of being destroyed. 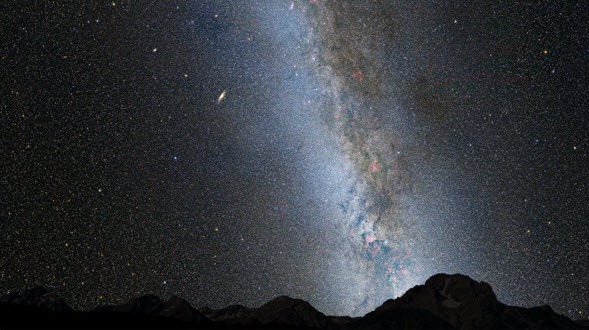 The night sky as it is today. 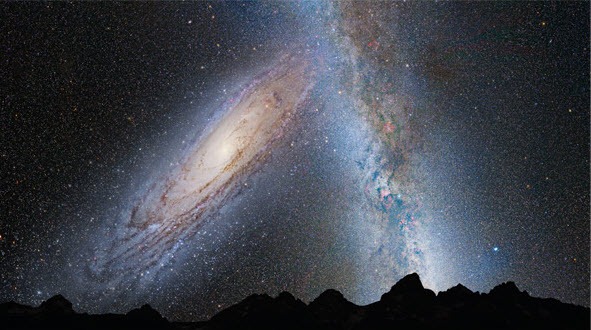 In 3.75 billion years Andromeda fills the field of view. 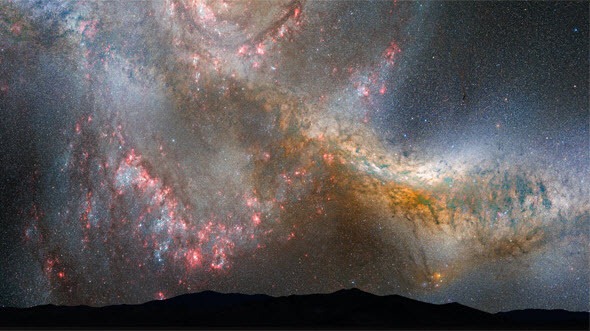 In 3.85 billion years the sky is ablaze with new star formation. 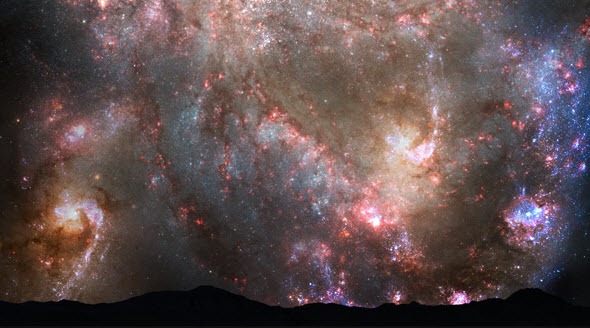 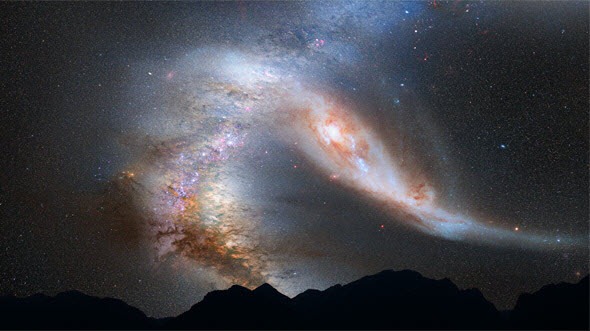 In 4 billion years Andromeda is tidally stretched and the Milky Way becomes warped. 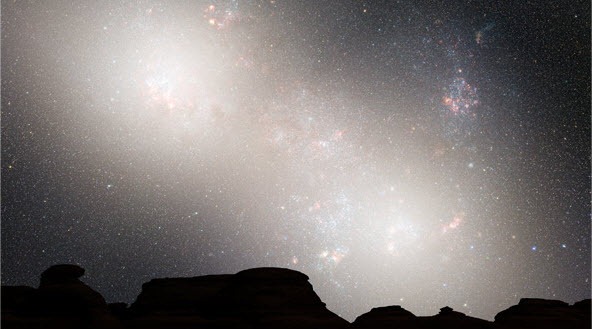 In 5.1 billion years the cores of the Milky Way and Andromeda appear as a pair of bright lobes. 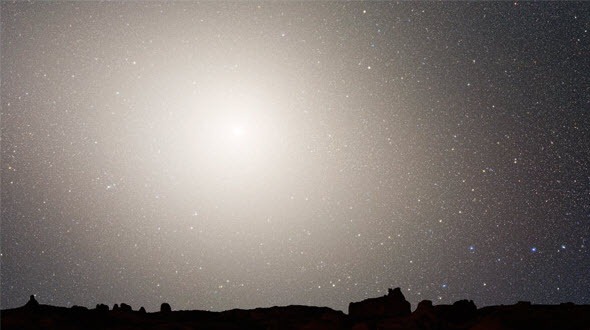 "After nearly a century of speculation about the future destiny of Andromeda and our Milky Way, we at last have a clear picture of how events will unfold over the coming billions of years," said Sangmo Tony Sohn of STScI.

For the very first time, we’ve been able to measure the sideways motion – in astronomy, also known as proper motion – of the Andromeda Galaxy ”

Previously, it was unknown whether the far-future encounter will be a miss, glancing blow, or head-on smashup. This depends on M31’s tangential motion. Until now, astronomers had not been able to measure M31’s sideways motion in the sky, despite attempts dating back more than a century. The Hubble Space Telescope team, led by van der Marel, conducted extraordinarily precise observations of the sideways motion of M31 that remove any doubt that it is destined to collide and merge with the Milky Way.

The animation above depicts the collision between our Milky Way galaxy and the Andromeda galaxy. Hubble Space Telescope observations indicate that the two galaxies, pulled together by their mutual gravity, will crash together about 4 billion years from now. Around 6 billion years from now, the two galaxies will merge to form a single galaxy. The video also shows the Triangulum galaxy, which will join in the collision and perhaps later merge with the Andromeda/Milky Way pair.