The Windows Run dialog box is one of the most useful tools to be included with the operating system. I use it all the time to launch programs like regedit, msconfig and services. However, the trouble with Run commands is that you have to type the exact filename of the program you wish to open. You can’t type “device manager” and expect the Device Manager utility to launch. You have to type “devmgmt.msc”. Some of these names are too difficult to memorize, for example, the Programs and Features Control Panel applet is called “appwiz.cpl” but the Computer Management applet is called “compmgmt.msc”. To open Microsoft Word you have to type “winword” not “msword” or “word” like you may do in the Start Menu.

You can avoid having to memorize these commands or avoid navigating the Start Menu by creating your own custom shortcuts. Here are some ways to do that.

Run Manager is a software that allows you to create custom Windows Run commands and thereby use the Run tool as a quick application launcher. Run Manager does not use any system resources and it doesn’t require to be running all the time. It’s used only for configuration purpose.

After you have installed and launched the program, click on the New button to create a new command. Since I use the Programs and Features applet often to clean up my system of software installed for testing, I will create a new shortcut or run command for it.

I choose two-character ‘ar’, and point it to the appropriate program by selecting it on my Windows folder. 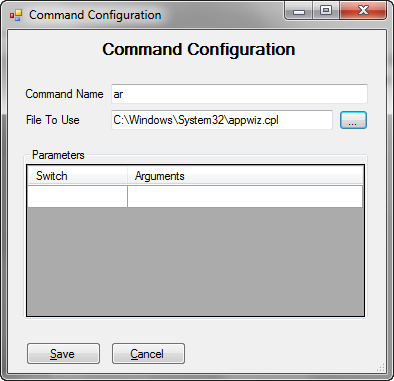 After I’ve saved the command I can go to the Run box and type ar instead of appwiz.cpl to open the program. 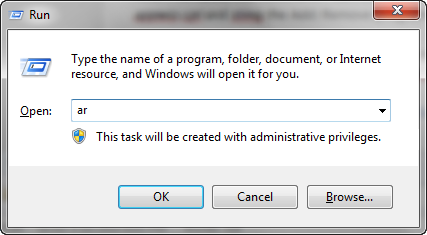 Similarly, you can use Run Manager to create your own commands for any application you like – ff for Firefox, tb for Thunderbird, ch for Chrome, etc. The program allows you to edit any command you created previously and export the list as an XML file.

AddToRun is an open source utility that allows you to open any file or application from the Run Command dialog box (WIN+R). It has a very simple interface which allows you to select a file or a program and assign it an alias or friendly name. 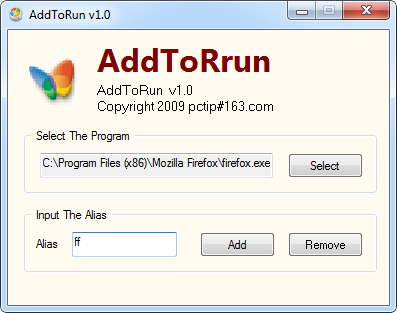 The one drawback with this application is there is now way to list all aliases or shortcuts assigned until now.

With Win+R Alias Manager you can specify any alias for any application. The features has built into the OS Windows since Windows 95, but there’s no system option allowing you to control them. 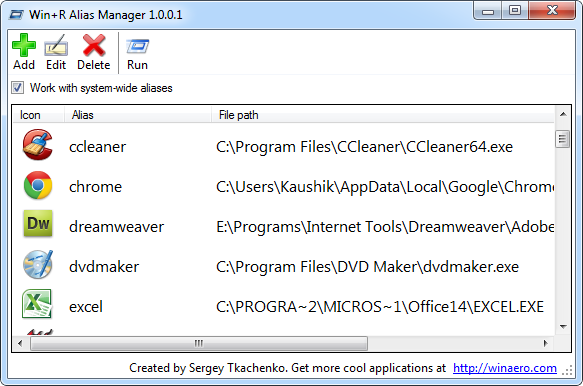 All the three tools are portable and works on Windows XP, Vista and Windows 7.