Microsoft’s upcoming word processing suite Office 2013 is about to get a big upgrade. According to Liveside, Microsoft Word 2013 will be able to open PDF files and even edit them.

Until now, editing PDF documents wasn’t easy or cheap. Free PDF editors are few and far between and their PDF editing abilities are limited. The only true PDF editor in existence today is Adobe Acrobat. It’s still unclear up to what extent Microsoft Word 2013 will allow PDF editing though. 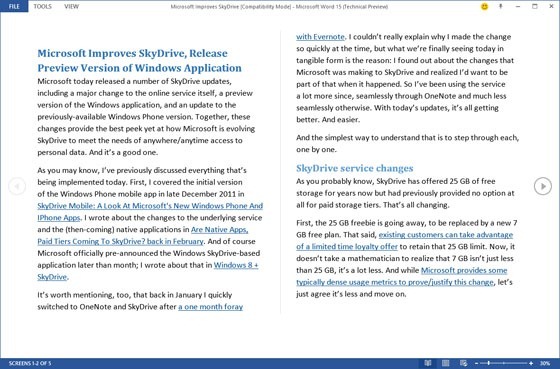 Word 2013 reportedly provides a “stunning new reading experience for both traditional Word documents and PDFs that reflows text in a columnar view automatically”. Interesting, the default layout on a traditional landscape PC screen uses a left-to-right scrolling mode, not top-to-bottom as has always been the case with such document-based applications.

Word 2013 will also support bookmarking pages that will allow users to return back to where they left when they closed the document last. 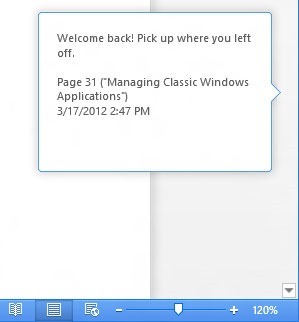 It must be noted that Office 2010 already supports saving documents in the PDF format, but this is the first time the Office application will be able to open and view PDF documents. Office 2013 may sound the death knell for Adobe Reader and many PDF reading utilities such as Foxit Reader. An unexpected outcome of the built-in PDF editing feature will be that the PDF documents will no longer be considered non-tamperable.

The first public beta of Office 2013 is expected to be released sometime next week.