The tool, which is part of Google Takeout, the company’s initiative at making data portable, allows users to transfer their circles from one Google+ account to another and automatically forward followers to their new account. 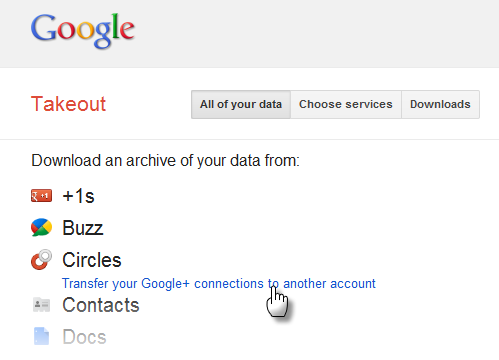 The transfer process needs to be started through Google Takeout, but the transfer doesn’t happen immediately. There is a seven-day wait period after which Google will take another two days to transfer the data over. During this period, users won’t be able to share anything on either of their Google+ accounts, add or remove people to and from their circles, and block or ignore people. An account transfer also affects people who have added these account profiles to their circles, as they won’t be able to add, remove, block or ignore these profiles during the transfer.

At this point, you can choose to delete the source Google+ profile or let it stay.

More information on the transfer process can be found on the Google+ help page.