Sony is not only keeping the once revolutionary Walkman brand alive, but this summer it intends to infuse a new life to this once popular product. The Japanese electronics manufacturer has just announced a slew of new music players to compete with the likes of iPod, that carries the Walkman brand. But unlike the Walkmans of yesteryears that could play no more than 90 minutes of music the new Walkman will play 32 GB worth of music and they will be powered by Android 4.0. 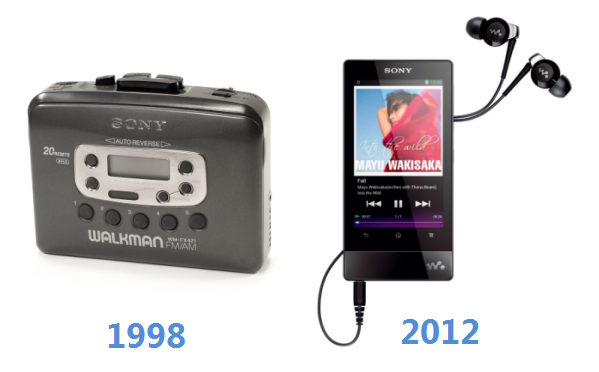 The top model – F800 – comes loaded with Android Ice Cream Sandwich running on a Tegra 2 (dual-core) processor, and is fully compatible with the Google Play store, which means access to all apps and even games. The screen measures 3.5 inch across which is comfortable enough for playing music, browsing, watching movies and playing games. For connectivity, it supports Bluetooth and Wi-Fi.

The F800 will be available in 8GB, 16GB and 32GB models, which is unfortunately on the lower end of the spectrum. The space constraint will be most intensely felt by those who like their music in the FLAC format. Other features include Clear Audio technologies and the integrated S-Master digital amplifier. The F800 model also comes with built in xLOUD speaker system that “cuts distortion and unpleasant clipping for clearer listening.”