Mozilla debuted Firefox 15 just a few days ago, and unlike most of the recent releases, version 15 includes some major changes. The most notable among them is an improvement in the way the browser uses and releases memory. Mozilla has been working to fix the memory leak problem that has been plaguing the browser for years, and although I won’t hold my breath, Firefox 15 is showing appreciable improvement. According to the organization, the developers have managed to patch Firefox 15 solving the most common add-on leaks. The best part is that add-on developers don’t have to do anything as the fix applies to all add-ons.

While most changes are performance based, there are a few new features that users can benefit from during the day to day use of their browser. You won’t see them because they are disabled by default. And that’s for good reason – they are not ready for prime time as the developers feel there are still a few issues that needs to be ironed out before the new features can be released to the masses. If you are willing to accept the occasional hiccups that you might encounter on the way, here are 3 hidden features that you should enable in Firefox 15 right away. 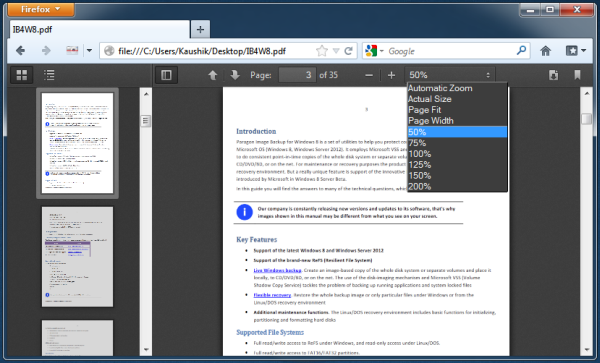 Mozilla has been working on PDF rendering functionality since first introducing pdf.js a year ago. Initially available as a separate PDF Viewer add-on for the browser, pdf.js displays PDF files in HTML5 with JavaScript using Canvas and SVG APIs. The PDF viewer functionality is now built-in by default and its user interface was refreshed several times during the development stage.

Go to about:config, search for "pdfjs.disabled". Double click on it to change the value to "false." Restart Firefox for the changes to take effect.

Click-to-play plugins disable plugins by default, such as embedded Flash player, so videos in YouTube will not autoplay as soon as the page loads; you will have to click the Play button to load the Flash player. This is a good thing as it prevents any Flash content from auto playing.

Both Google Chrome and Opera has had a "click-to-play" plugins for more than a year now. Now Firefox has one as well.

Go to about:config, search for "plugins.click_to_play". Double click on it to change the value to "true”. Restart Firefox for the changes to take effect. 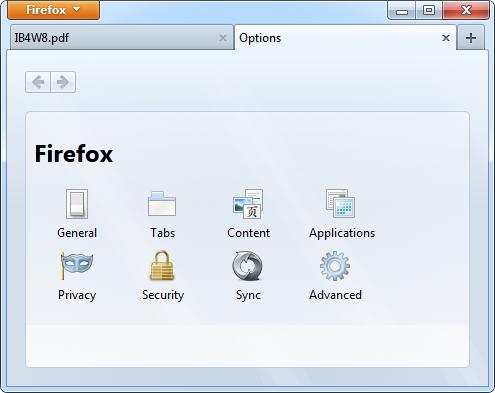 Taking a cue from Google Chrome, Mozilla developers have included an option in Firefox 15 that allows users to view the browser’s Options window in a tab instead of in a separate window. Peculiarly, only the Options window is affected by the change; the Downloads, Bookmarks and History still open in their own windows.

Go to about:config, search for "browser.preferences.InContent". Double click on it to change the value to "true”. You don’t to restart Firefox for the changes to take effect.