Microsoft touts Windows 8 as a touch friendly operating system but this is only true for Metro apps. The rest of the OS, which is pretty much the entire thing, uses the same old classic UI with regular sized icons that aren’t optimized for touch.

Take Windows Explorer for instance – it doesn’t have a Metro version. So if want to manage files on your tablet or touch device you better not have thick fingers. Sure the addition of the ribbon into Windows Explorer should make things a tad easier on the tablet, but it isn’t quite as good as Metro. Also remember that the ribbon UI was invented not to be touch friendly but rather as a mean to lay bare settings that were previously hidden inside menus. The ribbon is not an improvement over traditional UI as far as touch screen is concerned.

Which is why Windows 8 needs a Metro based file explorer. Since this wasn’t coming from Microsoft, an independent developer stepped in with Immersive Explorer.

Immersive Explorer is designed to be an alternative to the default file explorer included in Windows. It aims to provide an "immersive" experience to the user by focusing on the content rather than hiding it behind useless icons and large window chrome and borders. It will also avoid the user from having to open different applications and navigate between multiple windows when doing things as simple as viewing a picture. 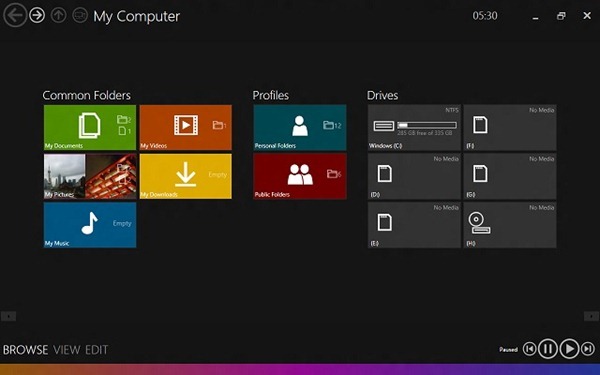 For example, when the user want to see a photo, instead of opening Windows Photo Viewer in a new window, the photo will be displayed directly in the Immersive Explorer window. 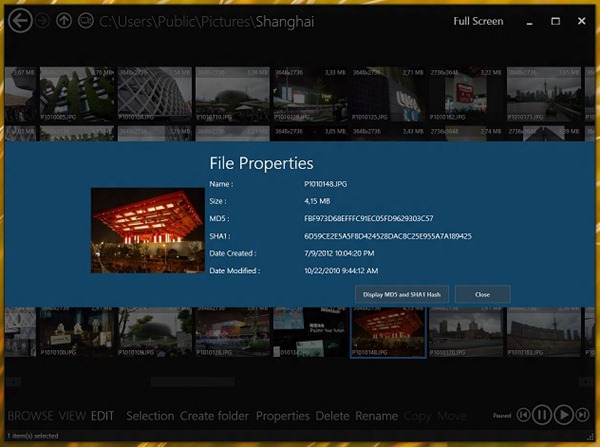 Unfortunately Immersive Explorer is not a full fledged file manager, it’s more of a file browser and viewer. I couldn’t perform even basic file operations like copy and paste. Drag and drop doesn’t work either. You can make file selection with right-click (single left-click open the file or folder) and view Properties or Rename. That’s pretty much it.

Although it is not a Windows 8 "Metro application", it is designed around the "Metro" user interface guidelines and optimized for touch-screens. You can run Immersive Explorer on Windows 7 too if you are big fan of Metro.