Windows includes a number of interesting tools such as Narrator, Magnifier, On Screen Keyboard, and a host of others under the “Ease of Access” applet in Control Panel. A subset of these tools are also available directly on Windows logon/lock screen. These tools are largely targeted towards the elder generation of users with disabilities typical of old age such as poor eyesight. Since they make up only a small percentage of the Windows userbase, most users have learnt to completely ignore the “Ease of Access” tools. The “Ease of Access” button on the Windows logon and lock screen is hence mostly underutilized. If you are looking to replace “Ease of Access” tools with something you will actually find use for, check out Ease Of Access Replacer.

Ease Of Access Replacer v2 (EOAR) is a simple tool for Windows 7 and Windows 8 that will let you replace your Ease of Access button on the Logon Screen with different useful options. If you do not have the need for the Ease of Access button, which offers , then replacing it with other useful tools might be an option you may want to consider. 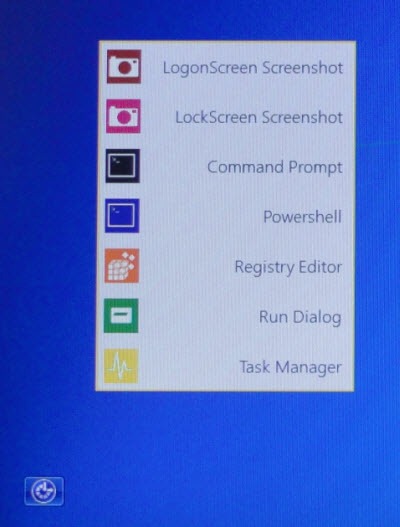 The freeware replaces the button with the following useful tools:

The tool is a stand-alone portable app that does not require an install. To install Ease of Access button, simply run Ease Of Access Replacer tool and click on Install. The tool will by default, create a system restore point first. To uninstall, run the tool again and click on Uninstall.

I’m not sure if there is any benefit of running a program before logon, but one tool that certainly looks useful is the lock screen screenshot taking one. Ironically, that is the only tool which is currently not working. The developer’s suggestions didn’t help:

Please note that if you wish to take a screenshot of the Lock Screen, once you hit the button, you will have to wait for about 1 minute or so for the Lock Screen to activate and be dismissed. “So far this is the only safe method I have came up with that works,”

Unfortunately, Ease Of Access Replacer is big liability on your computer’s security as it allows anybody to run practically any program on your machine without having to log in first. This includes potentially disruptive programs such as Command Prompt and Registry editor. The Run dialog box and the Command Prompt together enables almost any program to be run unmolested. It doesn’t matter if Windows is password protected or not. 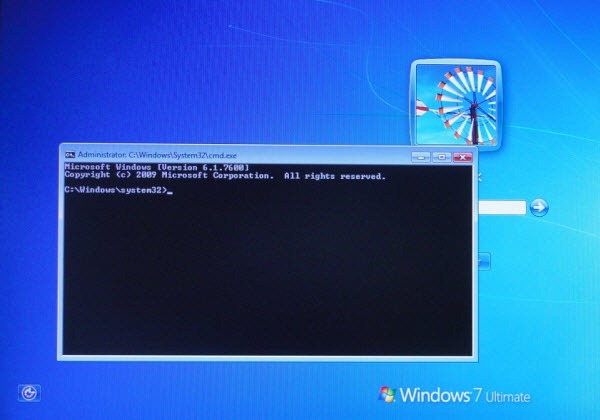 I was able to open registry editor and make changes to it. I ran Firefox and browsed a few websites, and used Windows Media Player listen to music. I could even use Alt+Tab to switch between running application. Only few programs refused to open among which are Windows Explorer, Control Panel applets and Task Manager.

Because you are not logged in, the applications run under a “phantom user” and needs to be configured just like you do when you run the program for the first time. For instance, Firefox will ask you if you want o import your bookmarks from Internet Explorer, and Windows Media Player will take you through the initial setup. Once you login to Windows, the running programs mysteriously disappear –that is, they don’t show up in Task Manager.

Unless you have a very strong reason, please don’t use this program as it makes your computer less secure.