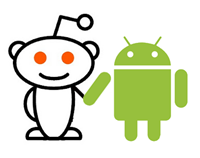 Reddit’s AMA, which stands for “Ask Me Anything”, are interactive sessions where people of all kinds, be they celebrities, leaders (such as the U.S. President Barak Obama) or just common people with interesting jobs or unusual experiences take part in interview sessions with Reddit’s community. AMAs often lead to in-depth personal interaction and interesting connection between Internet users – secrets are revealed and tricks of the trade shared. It’s one of the most popular section on Reddit and one of my personal favorites too. Unfortunately for me, I always end up late to every AMA party, by a good 6 to 12 hours or more after the AMA session is over. Differing time zones is part of the problem, but the real reason why I miss out on these discussions is simple and rather stupid – I forget.

Reddit announces upcoming AMAs that are scheduled to take place 10 to 15 days in advance. These are displayed on the AMA sub-Reddit website in the sidebar on the right. If a particular AMA sounds interesting or a prominent personality is about to make an appearance and you wish to follow the discussion, you can mark those dates in your calendar. Now a Redditor has developed an Android app that makes the job much easier.

The application simply called Reddit AMA brings you the schedule to your smartphone with some added functionalities. Unlike the list on the website, which shows the list in eastern timezone, the application shows them into your local time so you don’t have to make your own time conversion. 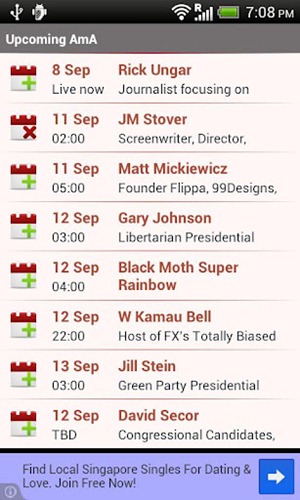 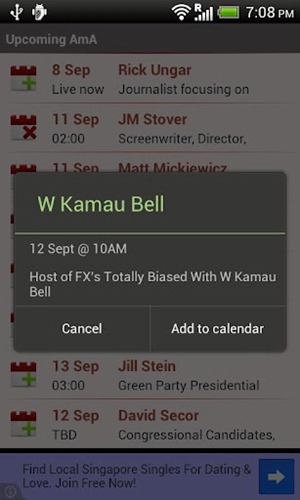 The app also allows you to conveniently add an AMA to your Android’s calendar app so as to alert you 5 minutes before the AMA session. Of course, you can change the alert settings before you save.