Google’s latest Chrome Experiment is an amazing visualization of 100,000 stars in the vicinity of the solar system. The 3-dimensional map actually plots a hundred thousand stars that you can explore by zooming in and out and flying around the galaxy. Zooming in reveals the names of the most prominent stars close to our sun, and if you click on the star’s name, Google provides an excerpt about the star (pulled from Wikipedia) as well as a digital rendition of what it looks like. 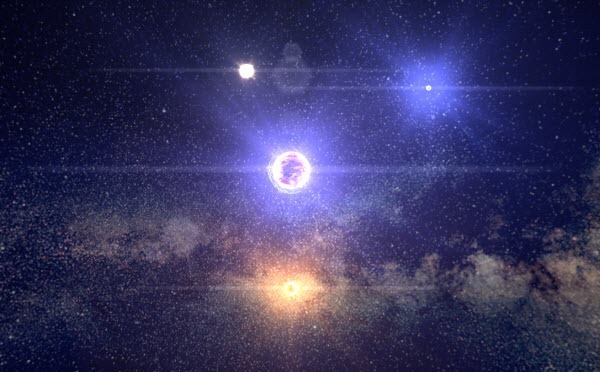 Zooming in further shows the relative location of the Oort cloud, the planetary orbits, and finally the Sun. Zooming out gives you some context for where we are in the Milky Way. You can also click the tour button in the upper left for a quick trip to some of the coolest perspectives in the galaxy.

The map was created by the Google Data Team, using imagery and data from several sources including NASA and the European Space Agency (ESA). This was finally rendered on screen using WebGL, CSS3D, and Web Audio. Music was provided by Sam Hulick, who composed music for the video game "Mass Effect".

Chrome Experiments is an initiative by Google that showcases creative web programing to demonstrate what’s possible when combining the latest web technologies with a little code and imagination. All experiments are built with the latest open technologies, including HTML5, Canvas, SVG, and WebGL. These experiments are made and submitted by talented artists and programmers from around the world. There are currently over 500 Chrome Experiments on the website.