The Windows Store has over 25,000 apps for Windows 8, but there is still no good way to browse and search for apps on the store, officially. Yesterday, I wrote about a third-party website that brought the Windows Store to the web browser. Today, we have another – Great Windows Apps, and aside from being a portal that you can access via a web browser, this new site is also available as a Windows 8 app, thus acting as an excellent alternative to the default Windows 8 Store app.

While MetroStore Scanner lets users find apps that recently made it to the Windows Store, Great Windows Apps has different goals. The objective is to enable users find the best apps in a particular category.

This alternative store implements strict quality rules to feature only the finest apps. Reviews and ratings from around the world are combined and apps that are poorly rated, or don’t meet basic eligibility criteria, are not included in their listings. 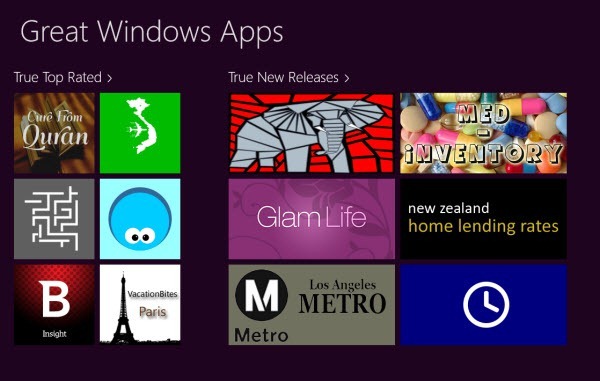 “In our opinion, vast numbers of poor apps don’t benefit the Windows Store, in fact they harm it. The store is a place where users can find software that has been certified by Microsoft themselves. Allowing junk into the store devalues the store, other apps and the operating system itself”, writes the author of Great Windows Apps.

The app ratings you see in the Windows Store does not reflect the true rating of the app. Users see only ratings specific to their location. For instance, if an app has been highly rated in the United States, but you are looking at the store in Canada, where it has yet to be discovered, you will not see the rating for this app. 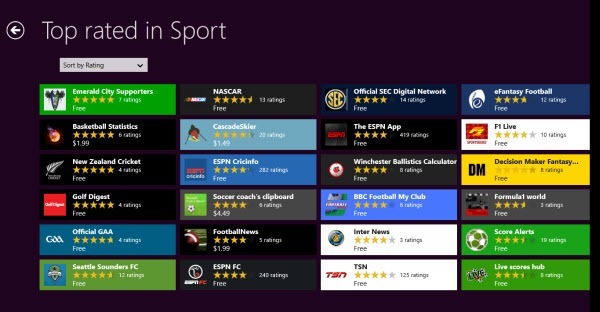 “In order to rate apps on this site, we look at the ratings from a number of English-speaking countries and take an overall average. We then exclude any app that has been rated with an overall rating of three stars or less”, the author explains. Much of the process is said to be automated, but they will occasionally make judgement calls on individual apps or developers.

There is some mystery surrounding the way Microsoft pick apps for their spotlight slots, and even which ones are featured as "new releases" and "top rated" apps do not actually appear to be related to their release date, nor their rating. The Store employs a secret formula that determines which apps are displays and which are overlooked, which seems to be related in some way to the app’s popularity. This means that app don’t get any exposure unless it’s already popular, whereas users will struggle to find new releases when they’re trying to discover new apps. 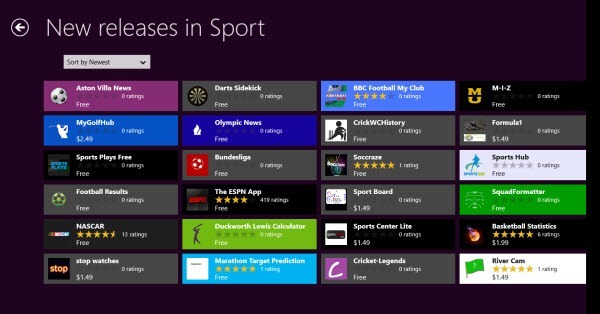 Unlike MetroStore Scanner that takes you to the official webpage for each app, clicking on an app tile on Great Windows Apps takes the users to a separate page on the website with description, screenshots and user reviews for the app. There is a download button that opens directly to the Windows Store page for the app, and ready to install.

Aside from showcasing the “True New Releases” and “True Top Rated” apps, the website (and app) also highlights the Top Developers on the Windows Store. “Top Developers” are those who have managed to maintain consistently high user ratings across three or more apps. This allows you to see all apps from a particular developer which is not currently possible on Windows Store.

Overall, Great Windows Apps is an impressive app and does what it says.