Reports of an upcoming feature – per-window private browsing in Firefox, has been floating around the web the past few days. Today, Mozilla announced that per-window private browsing is indeed coming to Firefox and the first builds for testing is available in the experimental Nightly version of the browser. No time frame has been given but it’s expected that the new feature will find its way into the stable channel early next year. 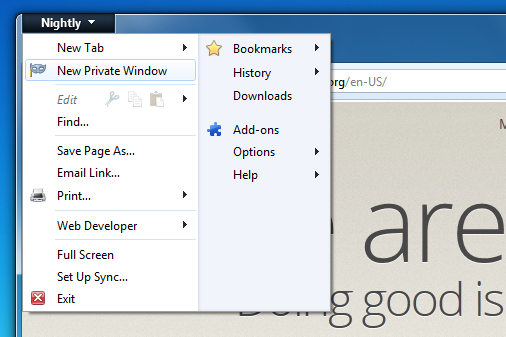 The new feature now allows users to keep their existing Firefox window unaffected when they open a new private window. Additionally, users are now able to open links in a private window by right-clicking and choosing the “Open Link in New Private Windows” option from the context menu.

To try it out for yourself, download and install the latest Nightly version of Firefox from this page.