Greasemonkey is a Firefox extension that allows users to install scripts that make on-the-fly changes to web page content such as change appearance, add new functions to web page, fix rendering bugs, and numerous other modification. Greasemonkey by itself doesn’t do any thing – it’s the scripts that does the actual job. The purpose of Greasemonkey is to help users install and manage user scripts. Since its introduction in 2004, it has become one of the most successful Firefox project with over 2 million users and hundreds, possibly thousands, of user scripts written to date.

Opera introduced user scripts support in version 8, in early 2009, bringing native but limited support for Greasemonkey scripts. Scripts that were written without Firefox-specific functionality work well in Opera, but often this doesn’t happen. Most users scripts were written targeting Firefox and contained several Greasemonkey features. These scripts will often break or entirely refuse to work. 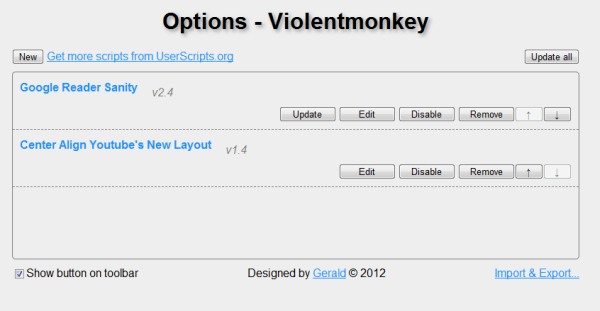 Violent Monkey is a new extension for Opera that improves Greasemonkey scripts compatibility in the browser giving support for many GreaseMonkey specific features. Violent Monkey lets Opera users quickly install scripts from UserScripts.org using the install button. Without Violent Monkey installed, the button simply opens the scripts as plaintext which you then have to save in Opera’s JavaScript directory. Installed scripts also updates itself whenever new versions become available ensuring that you always have the latest updated scripts in your browser.

You can also edit scripts right inside the browser without opening it in a text editor. Import from and export to raw data string is also available. 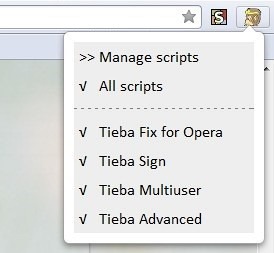 If you haven’t tried user scripts before, install Violent Monkey and checkout some cool scripts at UserScripts.org.