Recently Facebook started experimenting with new ways users could send messages to each other, while cutting spam and making a few bucks in the process. Previously users set their inbox to allow messages from either everyone or friends of friends, or friends only. Anyone else that didn’t qualify had their messaged dumped to the “Other inbox” that most people rarely checked. There are many instances where important messages from people remained unread for months or even years in the other inbox because they weren’t friends or friends of friends. So last month Facebook started testing a new paid messaging system where strangers could pay $1 and be guaranteed that the message will be delivered to the recipient’s inbox.

The idea is that by letting people pay a small fee, Facebook knows a message is important to the sender. The price will also deter spam because spammers and advertisers will be less willing to spend on messages because conversion rates on spam messages are very low.

But blogger Lukas Klein has discovered a loophole that allows anybody to send a message to another’s inbox, without paying anything. The hack works by using the ‘Report’ feature.

The first step is to go to the person’s profile and click on ‘Report/Block…’.

You will be presented with a few options. Choose ‘Submit a Report’ and then ‘Report …. account’ 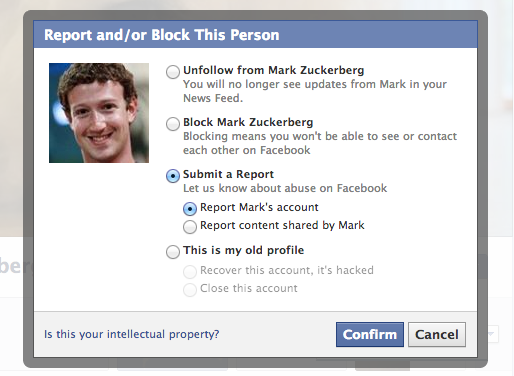 In the next screen, choose ‘This timeline is using a fake name’. 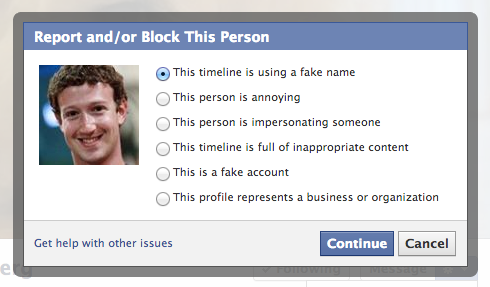 A message box will appear with a prepopulated text that asks the person to change their name, but you can change it to whatever you want. This message will go directly to the other user’s inbox, no matter what filter-preferences are in place. 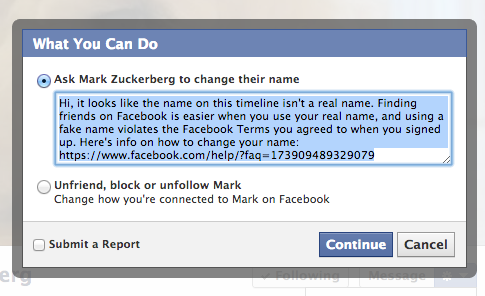 Facebook hasn’t responded to the hack, but if enough people start abusing it, it’s likely to get fixed.