I use a software called Font Xplorer to view fonts installed on my system, as well as preview font files that are not yet installed. Previewing fonts before installing lets me decide whether I want to use them or not. But sometimes, previewing is not enough – I have to see them live, in the design I’m working, to judge how the final result will appear. Often I end up installing too many fonts on the system, most of which I never use at all, and I’m not even a web designer. I can only wonder what the font folder of a person who makes his or her living designing websites might look like.

Having too many fonts installed on the system will slow down Windows, although to start noticing the effects you’ll need upwards of a couple thousand fonts installed, but that varies on hardware capabilities. One commenter on Microsoft’s Technet forum said he once installed 65,000 fonts and “I can smoke 2 cigarettes before my computer will even make the startup sound.”

“Illustrator cs3, word, acrobat, and pretty much every darned program that uses fonts for creative work will freeze almost indefinitely on startup. When I tried to go in and delete some of these fonts it takes literally an hour before the font section in control panel will show even a single font.”

The best approach is to install fonts on demand and after you are done, uninstall them from the system. Here are two software that allows you to do that.

FontLoader is a tiny program, just 4KB in size. To load or install fonts, all you need to do is drag and drop the font files over the EXE file of the program. This will pop open a dialog box informing you that the fonts have been loaded and will remain available on the system until you close the dialog box. As soon as you close the box, FontLoader will automatically uninstall the fonts from the system. 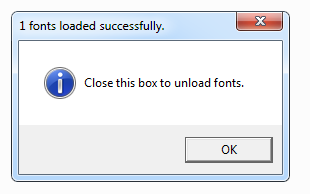 FontLoader doesn’t have an interface and you will still require a font viewing application to preview the fonts. Also the drag and drop might be a bit cumbersome. In that case, try Nexus Font.

NexusFont is a full fledged font manager that enables you to preview and compare selected font types, install and uninstall fonts on your system, find duplicate fonts and more. NexusFont can preview font files on any folder without having to install them first. When previewing fonts you can use a user defined sample text, see different font styles, set font color, background color and even set anti-aliasing. 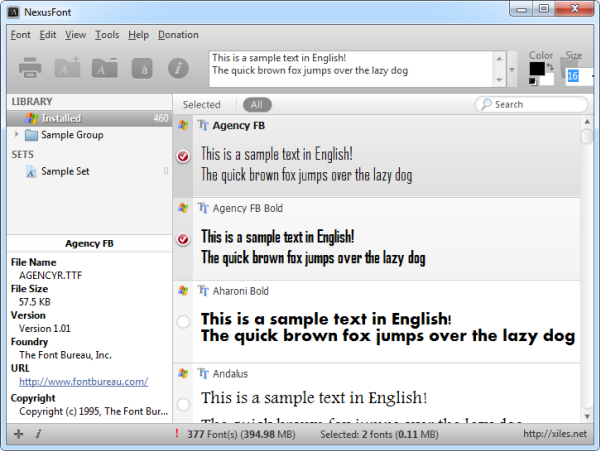 To temporarily install fonts, simply tick the check box against the fonts you want and these become immediately available on other programs. The fonts remain available as long as NexusFont is running, and are unloaded when NexusFont is closed.