OpenSignal is an Android app that brings together a set of tools and features that help you understand and learn more not only about the mobile network that surrounds you and its coverage, but also monitor its performance and your own cell phone and data usage behavior. OpenSignal even lets you find the best nearby Wi-Fi hotspot using crowd sourced information and a database of Wi-Fi hotspots and compare speeds, coverage and quality of service for mobile broadband networks across selected countries.

The OpenSignal app features a signal compass that points you or at least attempts to points you in a direction where a better cell reception can be received. Ideally it should point to your nearest cell tower, but in congested areas such as cities with high rise buildings and inside homes, the compass can be wildly off. You can also look at network coverage maps built with information sourced from actual users and look at radar views of cell towers. This feature can be taken advantage of only by users in an unknown number of selected cities in a few selected countries. 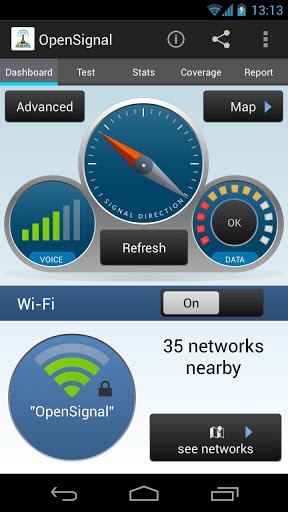 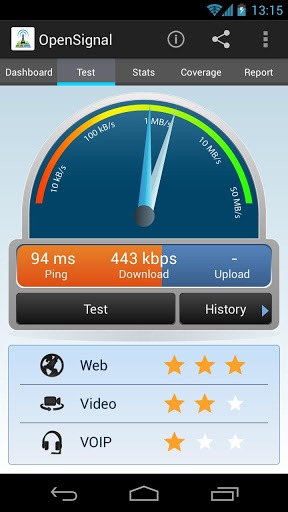 Along side network coverage, OpenSignal shows the common signal meter in the form of bars which can be changed to a more advanced and precise dB meter.

You can also test the speed of your data connection, and compare the quality of mobile networks directly on your phone with data from 200 countries worldwide.

The Stats tab lets you monitor your data, text and voice usage such as the number of SMS you sent, the amount of data you used and the number of minutes you talked. You can even see your signal strength history over time. 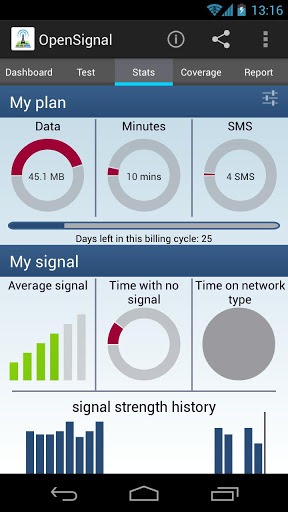 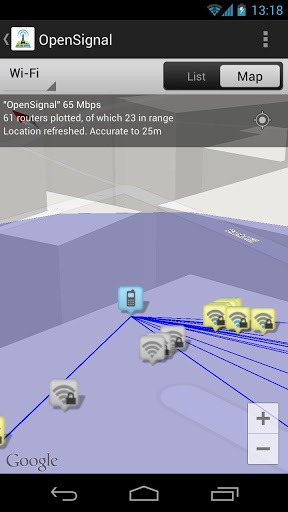