Last month, Adobe inadvertently made public the entire Creative Suite 2 of applications for free download, and then decided to keep it that way when the fault was discovered. Today, Adobe decided to do more good. The company has just released the source code of the first version of Photoshop for free. Adobe has given the Computer History Museum rights to distribute the source code to the 1990 version of Photoshop with the exception of the MacApp applications library that was licensed from Apple. The entire code can be freely downloaded, but the terms of agreement forbade anyone from reusing the code in any software or distributing derivative works of the code.

The code which is written primarily in Pascal for the Apple Macintosh consist of 179 individual files, comprising about 128,000 lines of mostly uncommented but well-structured code. By line count, about 75% of the code is in Pascal, about 15% is in 68,000 assembler language, and the rest is data of various sorts.

Originally, the program to display and modify digital images was called “Display” and it was written by Thomas Knoll, a PhD student in computer vision at the University of Michigan, for personal use. His brother John, working at the movie visual effects company Industrial Light & Magic, found it useful for editing photos, but it wasn’t intended to be a product. That was 1987.

Gradually the program became more sophisticated. In the summer of 1988 they realized that it indeed could be a credible commercial product. They renamed it “Photoshop” and began to search for a company to distribute it. About 200 copies of version 0.87 were bundled by slide scanner manufacturer Barneyscan as “Barneyscan XP”.

Adobe bought bought a license to distribute it in April 1989, and version 1.0 started shipping early in 1990. Over the next ten years, more than 3 million copies of Photoshop were sold. Now, more than two decades later you can view the original code to a program that changed digital imagery for good. 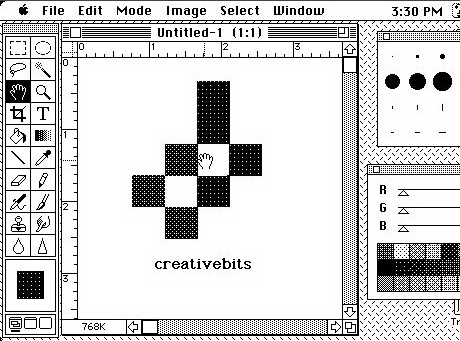