The Modern UI version of Firefox has made it appearance in the Nightly channel of the browser last Tuesday. The Firefox Modern version, which is the first third-party browser to be released in the Modern/Metro interface exclusively for Windows 8, was first promised in October last year. The browser is still in the early development stage and there is plenty of work to do, as admitted by Asa Dotzler, Firefox desktop product manager, but the company confirmed that the browser is now stable enough for regular testing by interested Windows 8 users.

If you are using Firefox Nightly that is configured to auto-update, you already have the Modern version, but to experience it you’ll need to have Windows 8.

The Nightly version 21 is available both as a regular desktop program as well as a Modern app, and is bundled together in a single installer. After you download and install Firefox Nightly 21 (and above) you should see the Modern app tile to the far right end of your Windows Start screen. When you install the browser, make sure you set Firefox as your default browser. If not, the desktop version of Firefox will launch instead when you click on the Nightly icon in your Start Screen. This is a limitation Microsoft has purposefully included into the operating system.

At present, Firefox Modern is a fairly simple affair – the browser launches in a chromeless browser window similar to Metro IE. 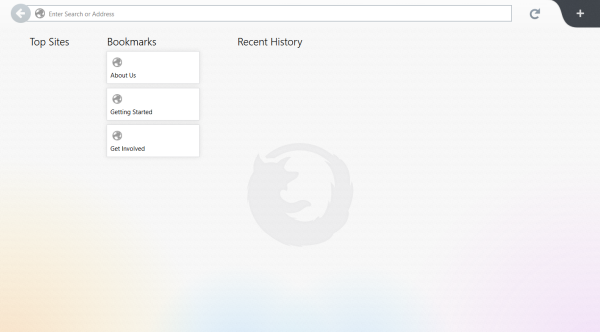 The start page consist of a list of Top Pages you visit, your Bookmarks and your browsing History. The tab bar is hidden by default but can be revealed by right-clicking on the page or by swiping your finger from the top to bottom.

An orange bar at the bottom lets you access the Downloads page, bookmark the current page, pin it, zoom in/out of it, and search for text on the page. Except the zoom feature, everything else seems to be working. Although the browser itself is not quite stable as the developers would have liked. I had to reinstall it twice before I could even use it. 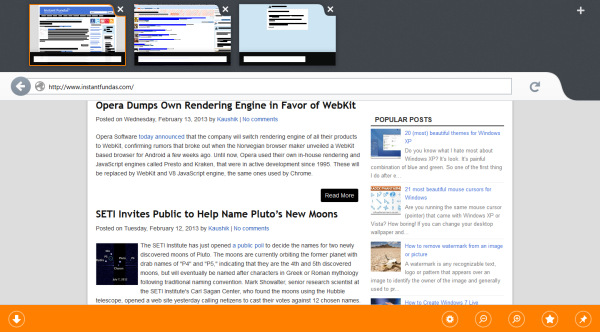 The Options page, which can be accessed from the Settings button in the Charms bar in the right edge of the screen, shows a few settings including Firefox sync and a few Privacy options. You can also decide whether you want the browser to show the start page or the last session when launched, and if tabs should be visible at all times. 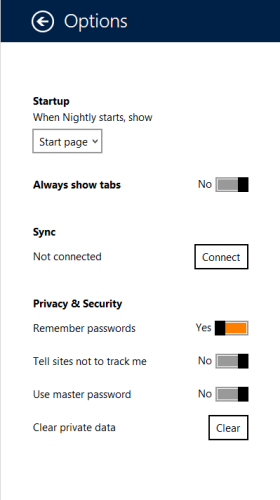 Usually, a Firefox build stays in the Nightly channel for six weeks or so before they are promoted to the Aurora channel followed by the beta channel, remaining six weeks in each channel. Assuming the developers stick to the schedule, we can expect Firefox Modern version to hit stores somewhere in May or June.

Another browser maker that is reportedly working on the Modern port is Google for their Chrome browser, but it is not clear when this version will be released, if at all. Right now the only stable Modern browser for Windows 8 is IE10.