According to a report from Phoronix, Alexandre Julliard, the original developer behind the Wine project, delivered a keynote yesterday at the FOSDEM open source conference in Brussels, where he demoed Wine running on Android. The report said that the performance was horrendously slow but noted, it was because Wine was running on an “emulated Android environment” rather than on an actual device. 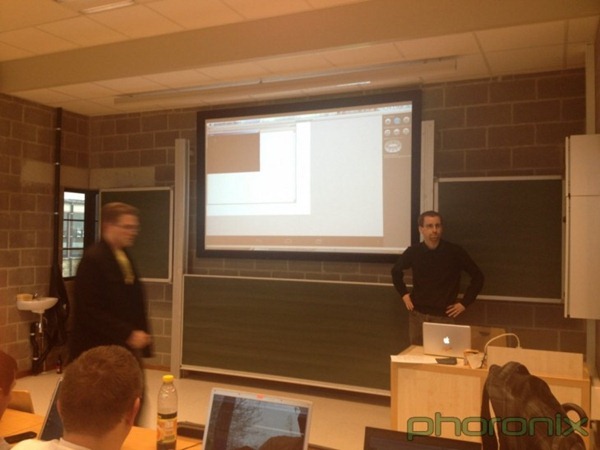 “A Windows application running on Android. While Wine is coming to ARM and there’s quite a lot of interest there, CodeWeavers is quite interested and hopeful for the success of Intel x86 Atom CPUs for tablets. If Android gains traction on x86-based tablets and other mobile devices, CodeWeavers has a lot of commercial opportunities for pushing the running of Windows software on Android.”

The port is still in development and definitely not ready for public use.