Google has started making movies and TV shows available through the Play Store, which can be bought, downloaded or streamed instantly to any Android device. Movies can be streamed via the Google Play Movies & TV app, and in addition, can be downloaded for offline viewing. On a computer, the same movies can be streamed or downloaded by going to play.google.com/movies on any web browser. 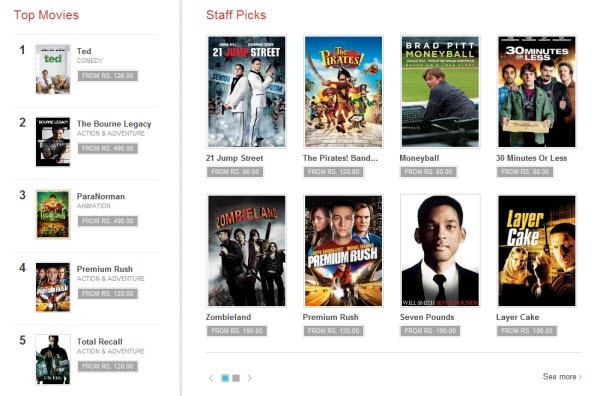 There are three tabs across the top of the app: Movies, TV Shows and Personal Videos. 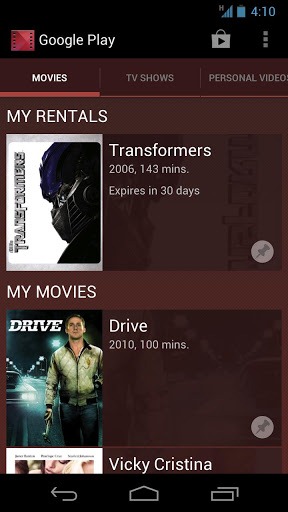 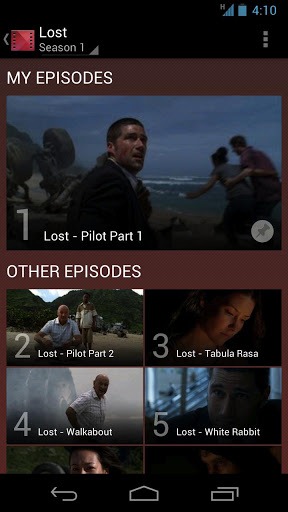 Under the Movies tab you’ll see sections for My Rentals and My Movies, which display all of your recent movie rentals as well as your purchased movies. For each movie you’ll find the poster art, title of the movie and the year it was released, its download status, as well as the expiration period for rentals. At the bottom of the screen are suggested movies. Tapping any of them will take you directly to the Google Play store.

Under the TV Shows tab you’ll see sections for the shows you’ve purchased, as well as suggested shows that may pique your interest.

Under Personal Videos you will see videos you create using the Camera on your Android device, as well as any videos that you copy over to your device via a USB cable.

Another interesting feature of this app is info cards, that lets you easily learn about the actors, related films and even what song is playing in many of your favorite movies. When you’re watching a film on your tablet, simply press pause and cards will pop up with information about actors on screen. You can tap on an actor’s face to learn more about him, like his age, place of birth, his character in the movie, and his recent work, or scroll through the info cards to learn more about the movie or soundtrack. When you resume the movie, the cards will disappear. 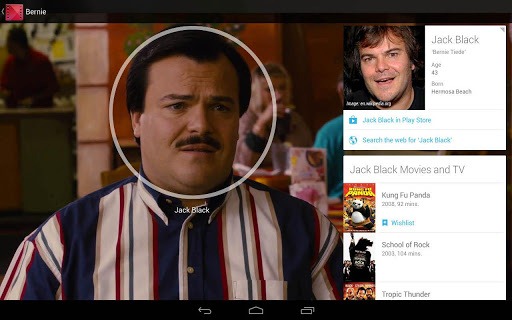