To recording a video message, simply select the intended recipient, then click the Video Message button that appears in place of the Video Call. Users can then click the Record button and record a message up to three minutes long. Then they are offered a choice to either discard the recorded video or send the message. 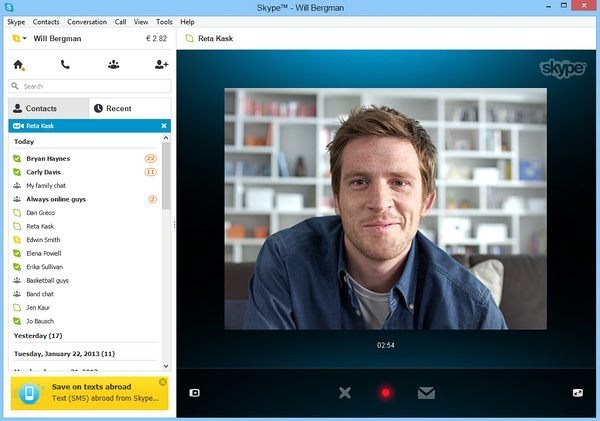 Recipients will see the embedded video appear in their chat window, but to be able to play it, they need to have Adobe Flash installed on their computer. 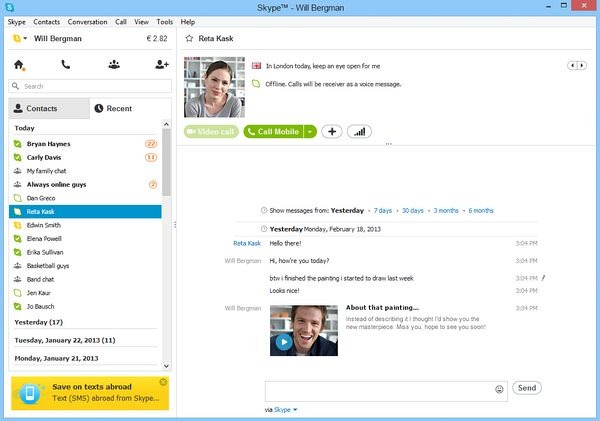 At the moment you get 20 free messages before you are required have to upgrade to Skype Premium for $4.99 a month to continue using Video Messages.