7GIF is a GIF image viewing program for Windows that can playback animated GIF images. Additionally, the program offers the user some options that allows them to control the playback of the animation. 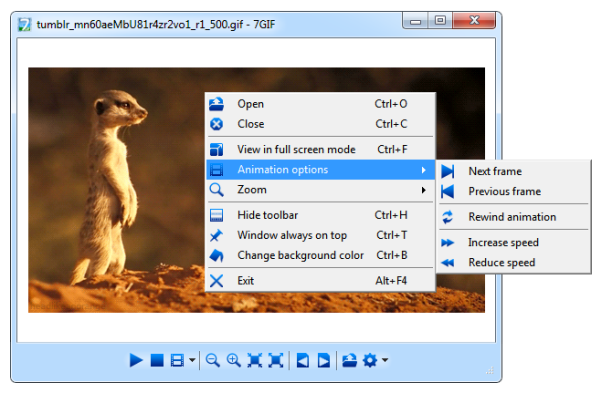 Playback controls include Play and Stop buttons, increase or decrease playback speed, and view next or previous frames. You can also extract the current frame or all frames of the animated GIF file and save them as a collection of JPG images.

There are other controls such as image zoom, load next or previous image in the folder, pin window to top etc.