Amazon has quietly launched an online marketplace in India that allows sellers to list and sell their products directly to consumers. Initially the service will offer books, movies and TV shows for sale, but plans are on to introduce mobile phones and cameras in the coming weeks.

India is the tenth country where Amazon Marketplace is available, however, unlike Amazon sites in other countries, Amazon India is strictly for third-party sellers. Amazon will not be selling its own merchandise to customers as restrictions on foreign direct investment prohibit web-based foreign companies from selling direct to consumers in the country. 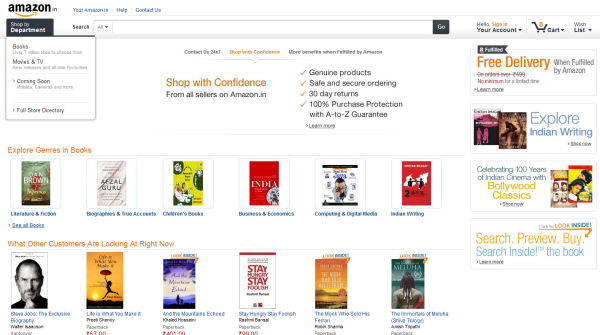 However, this is not another eBay. Amazon will act as a fulfillment agent for the sellers across India, who will need to have their merchandise sent to a fulfillment center on the outskirts of Mumbai, from where Amazon will package and ship the order to customers. At the first day of launch, Amazon.in lists more than 7 million print books, as well as 12,000 movies and TV shows on DVD and Blu-ray. As an initial offer, customers will get free home delivery and cash on delivery for a limited time. After the offer expires, orders above Rs 499 will be eligible for free delivery.

There is no word about how many sellers are currently in the marketplace. The official press release has also not been released yet. But the company did issue a statement in which it said:

"Our vision, at Amazon, is to be Earth’s most customer centric company; to build a place where people can come to find and discover virtually anything they want to buy online," Greg Greeley, vice president of International Expansion at Amazon.com, said in a statement. "With Amazon.in, we endeavor to build that same destination in India by giving customers more of what they want – vast selection, low prices, fast and reliable delivery, and a trusted and convenient experience."

This is Amazon’s second attempt to enter the Indian consumer space. Last year, the company launched Junglee.com, a site that functioned as an aggregator for deals from retailers across India as well as from abroad, and sent visitors to respective sites for purchases.

via The Next Web 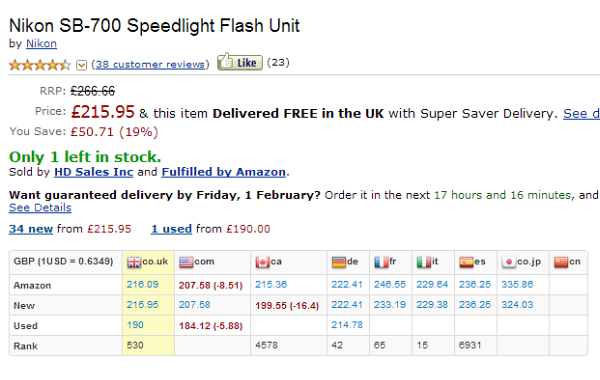 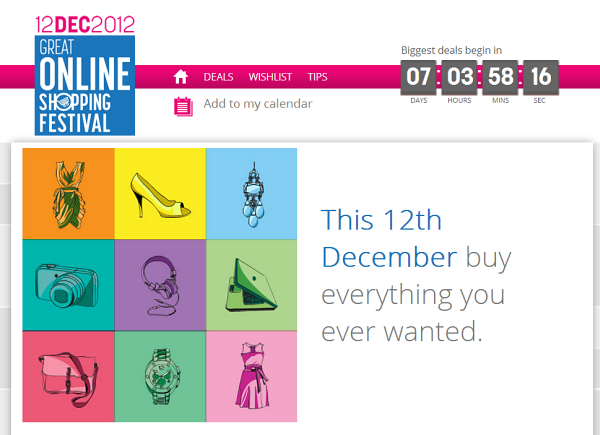 Shopping
Indian shoppers will soon get a taste of Cyber Monday-like deals on 12th December, at the Great Online Shopping Festival… 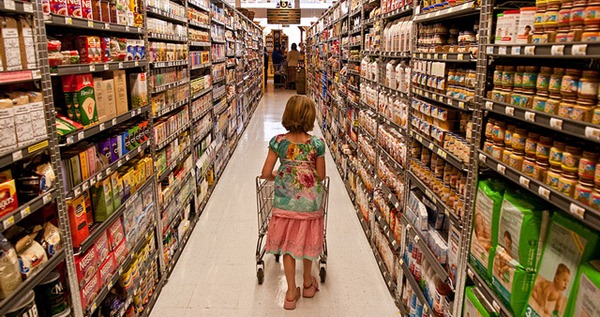 India
It took quite a few years for e-commerce to find acceptance among the incredulous shoppers of India. While not actually…