What will happen when you hook up your wireless router to your DSL connection and turn it on with all the manufacturer’s default settings still in place? Your network will function just fine, but unbeknownst your neighbors will use your internet connection, and hackers will thank you. Here are some things you should be aware of regarding wireless connections, and what you can do to keep your information secure. 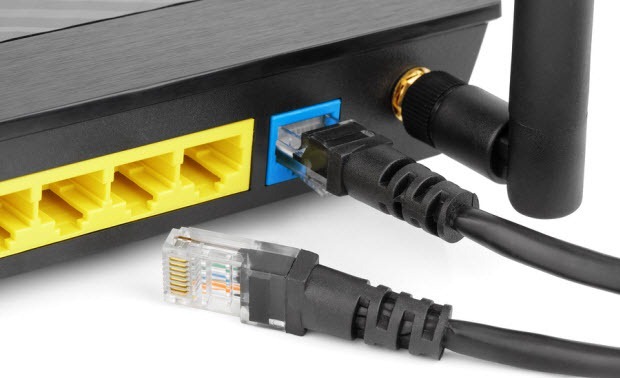 The default user ID and password for logging into your router’s setup are probably “admin” and “password,” or something very similar. They are published in the router’s user manual and identical on every other router of the same brand name and model.

To keep out hackers and anyone else with a motivation to change your router settings, change these two items the first time you log in. Create a strong password—a mix of numbers, symbols, and upper and lowercase letters.

2. Other People Are Looking for Your Open Network

For better wireless security, there is one more separate password you should set up on your network. By default, your wireless signal is not encrypted and requires no log in for a device to join it. It is “open,” and anyone nearby can use it. When your neighbors leach off your bandwidth it can slow you down, and there have even been cases in which people performed illegal acts through their neighbors’ connections. There are also hackers called “war drivers” who canvass neighborhoods looking for all the open networks they can find, so that they can exploit them later.

Close your network by turning on your router’s encryption and creating a password. You may have a choice of encryption standards, namely WEP, WPA, and WPA2. WEP is the oldest and least secure, while WPA2 is the best. Use WPA2 unless you will use some older devices on your network that aren’t compatible with it.

3. The Name of Your Network Can Give You Away

Your network has a name, known as an SSID. Your default SSID is usually the make and model of your router, which hackers find very helpful.

You can change this identifier in your router’s settings, to pretty much whatever you want. There aren’t rules for making up a secure SSID as there are for building a strong password, although any internet-capable device nearby can see what it’s called. As long as you don’t give away any personal information in it, you can have fun with it.

4. You Can Keep Unknown Devices Out

To add even more security, you can set up a MAC filter. Each device that you will allow to access your network has its own MAC, or Media Access Control address, a 12-character string of digits and capital letters with five hyphens or colons, such as 2C-41-B8-30-28-12. Use the individual device to find its MAC address, for example, in the ipconfig utility in Windows or in the TCP/IP Control Panel on a Macintosh. Then enter each address into the MAC filter configuration screen of the router’s setup. Now even someone who steals or cracks your password cannot get access to your network on any device that you have not added to the filter.

Taking the extra steps to secure your wireless DSL network will save you from both minor and major headaches down the road.

Photo credit: Close up of router by BigStockPhoto

This guest article is contributed by DJ Miller, a graduate student at the University of Tampa. He’s an avid gadget geek and spends most of his time reading or writing. He is a huge fantasy sports fan and even runs his own blog for fantasy help.