Google today announced that it’s making Quickoffice free on Android and iOS. This means that Android and iOS users are no longer required to pay fees to edit Microsoft Office documents, spreadsheets, and presentations on their respective mobile devices. This could be one of the biggest blow to Microsoft in recent times and a threat to their business.

While Google allows users to upload and view Microsoft Office documents to Google Drive, editing these documents require them to be converted to Google Docs format. To edit documents in Microsoft Office format, users had to get an Office 365 subscription that gave them access to Microsoft’s Office Web Apps from any browser including Office Mobile apps for Android and iOS. 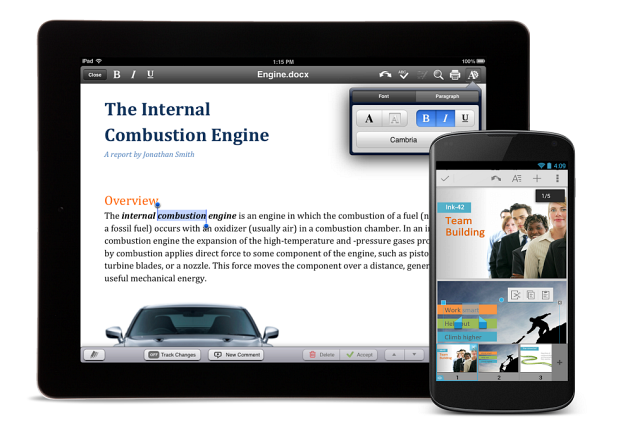 QuickOffice is an Office 365 replacement that allows editing of Microsoft Office documents on mobile devices in their native formats. The software let users view and edit word processing documents, spreadsheets and presentations in Microsoft format, while integrating with Google Docs and popular online file-sharing platforms such as DropBox. Previously, the application cost $20, but was free to paying subscribers of Google Apps for Business. With today’s update, Quickoffice has become free to everyone with a Google account, whether you pay for a Google Apps subscription or not.

With Quickoffice becoming free, there is no reason to buy an Office 365 subscription to edit Office documents.

Current Quickoffice for Google Apps for Business users can update their app to the new version and get a number of new features in the process. The app can now, for example, create .ZIP folders and allows you to view charts in Excel and PowerPoint.

To make the deal even more attractive, Google is giving anybody who signs in to the new Quickoffice app for Android or iOS before September 26 an extra 10GB of Google Drive storage for the next two years. Additionally, if you purchased Quickoffice Pro or Pro HD on or after June 17, 2013, you are eligible to receive 50GB of free Google Drive storage, provided you can show proof of purchase. Just fill out this form to redeem the storage offer.