The untimely death of Google Reader orphaned a number of desktop RSS readers that used the once popular online feed reader in the backend for synchronizing data between machines. I shed a tear for my favorite FeedDemon. While RSS supporters wait for a practical solution and a robust API from the current breed of online feed readers that have come to replace Google Reader, which would hopefully enable users once again to read RSS feeds on the desktop, offline, while still synchronizing data across the Internet, a new, useful extension has appeared on the Chrome Store.

Before we talk about the Chrome extension in question, it’ll be helpful to remind people that online synchronization of any desktop feed reader is still possible via Dropbox or Google Drive or SkyDrive or any one of the innumerable personal online data backup services. All you need to do is move the folder containing the data cache on your hard drive to your Dropbox or Google Drive sync folder. JellyReader does pretty much something like that. 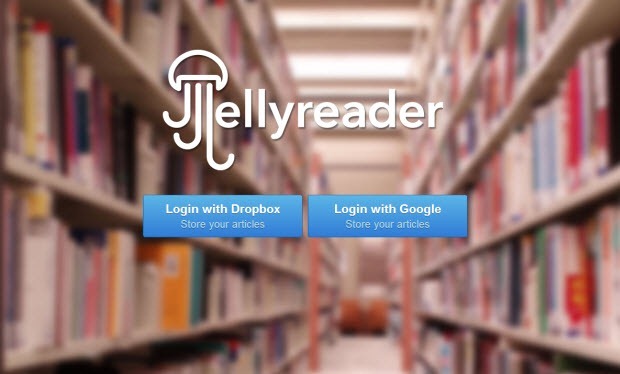 JellyReader allows you to subscribe to and read RSS feeds from Google Chrome, even when you are disconnected from the Internet by retrieving all feed data and storing it locally on your computer. It then synchronizes this folder with either Dropbox or Google Drive allowing you to read your feeds from other computers you own. It is not necessary to have the Dropbox or Google Drive desktop client to be installed on the computer, as the authorization and synchronization happens over the web via the browser.

However, JellyReader is still not recommended to be used on public machines as it caches your feeds on the disk. 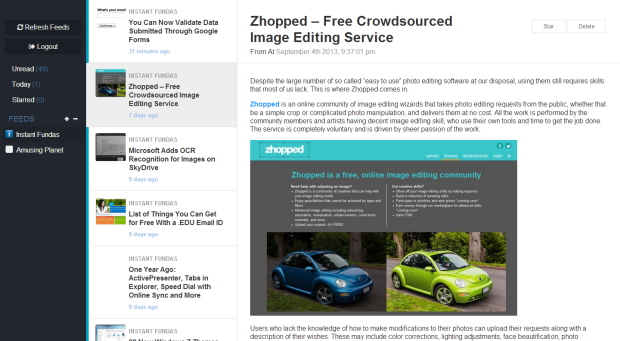 As far as the reader is concerned, it is sadly very unimpressive. There is only one type of layout – a 3 column interface with your subscription on the left, followed by the feeds browser at the center, and the reading pane on the right. Feeds are separated by source, and their status – read or unread. Clicking on a story opens it immediately on the reading pane. The page is rendered very fast, thanks to offline storage. Read articles are deleted from the disk after one day. In order to keep an article, you need to mark it with a Star.

JellyReader neither allow you to import feeds from other readers via OPML or XML files, nor export feeds out of the reader. Other basic features that are missing from JellyReader include: no expanded reading mode, no automatic marking as read, no option to mark feed as read, no ability to search, no way to organize feeds in folders … you get the drift. This is an absolutely bare bone RSS reader. Aside from its two strongest feature – the ability to read offline, which is useful in places where Internet connection is erratic, and online synchronization, the developer has done very little to make the application attractive. At its current state, widespread adoption is not going to happen.