Google displays the molecular structure of many organize compounds and amino acids in 3 dimension when you search for the name of the compound on Google search. This little feature, which could be very useful to students, was possibly added around the same time Google started showing snippets of information extracted from Wikipedia and other websites, on the right of the search results page. Unless you look very keenly, the tiny gem is easy to miss.

When you search for an organic compound, Google displays an image of the structure of the molecule along with a brief description of the compound on the left. On the top-right corner of the image, barely visible, is a semi-transparent icon that says “3D”. 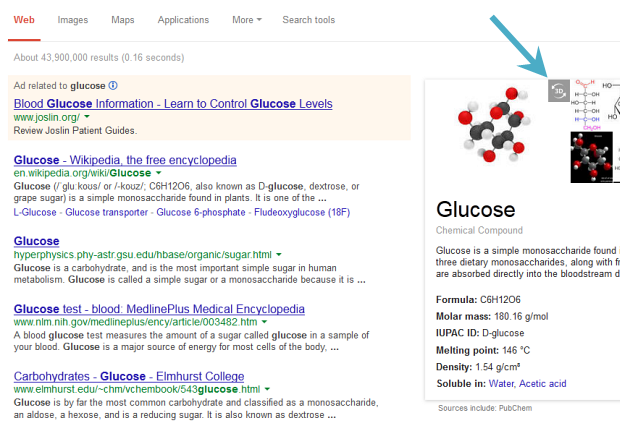 Click on it to open a page with an interactive 3D model of the molecule that could be rotated from left to right and vice versa. 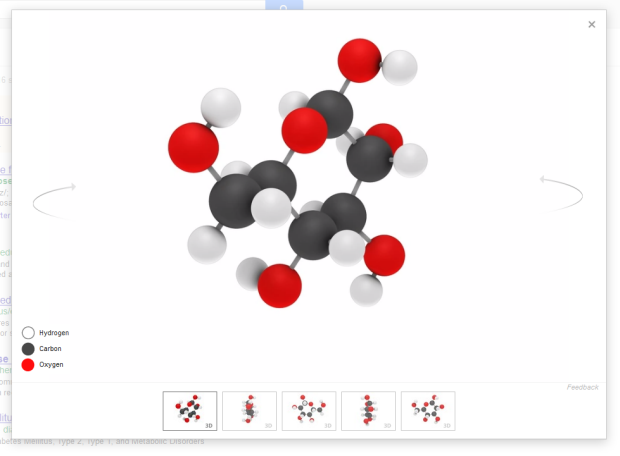 Some examples to try out:

Apparently, only a small collection of organic compounds are covered, usually the ones that have simple structures. Many amino acids are also represented, but no 3D view of proteins and inorganic compounds can be found.

The 3D structures appear to have been sourced from the Protein Data Bank (PDB), a repository for the three-dimensional structural data of biological molecules, such as proteins and nucleic acids, typically obtained by X-ray crystallography or spectroscopy and submitted by biologists and biochemists from around the world. The data is freely accessible on the Internet via the websites of its member organizations such as www.pdbe.org (Europe) and www.pdbj.org (Japan).

If chemistry interests you, head over to any of the two sites mentioned above and search for your favorite molecule, and download the PDB file from the results.

Next download a PDB file viewer such as RasMol, and open the downloaded PDB file with the program to see the molecule in its full 3D glory. The one below, my friend, is the molecular structure of Adult Carbonmonoxy Hemoglobin exhibiting Bristol-Alesha. 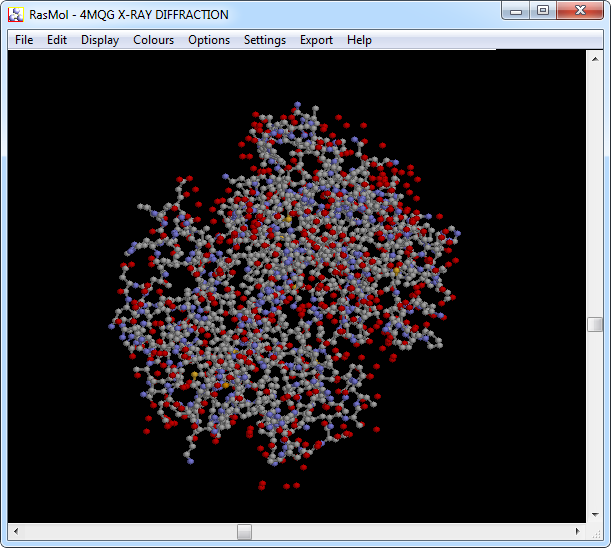 If somehow you don’t like RasMol, the RCSB Protein Data Bank website lists dozens of alternative tools to open and view PDB files. Take your pick.