Smartphones are precious, and losing one can be painful, which is why anti-theft and remote device tracking apps such as Prey and Cerberus are so popular on the Google Play Store with over 5 million installs each. When Google realized that remote tracking should be an integral component of Android itself, they introduced Android Device Manager, an application that allows device owners to track their devices online and even wipe all data, should the need arise.

Android Device Manager is a basic anti-theft solution that was automatically pushed to all Android devices a few months ago, and provided robust protection against data theft. Does that mean that there is no market left for Prey, Cerberus and scores of similar apps? Hardly. In fact, a few weeks earlier a new anti-theft device appeared in the wild.

Open Device Manager or ODM is a free, open source and end-to-end encrypted remote tracking device apparently inspired by Google’s Android Device Manager. One of the best features of ODM is that it is self-hosted, which means that you can run it from your own servers without having to pass information to third-party services or servers. In this age where digital privacy is next to none, this is a huge incentive. 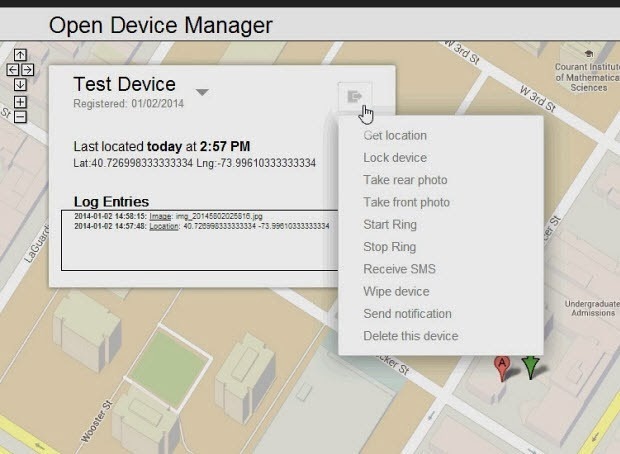 ODM is fully open source, including the Android application and do not use Google Analytics or ad networks that leaks your personal information such as IP address, all of which eliminate privacy.

Features of ODM include:

The web component can be installed on any system running PHP. It need not be a remote web server – just install PHP on your local machine, be it Windows, Linux or OS X – and follow the installation procedure to have the web service up and running in less than 10 seconds. The application is still in its testing stage. You can follow its development and discuss problems with fellow users on this XDA-forum thread.

Both the web interface and Android application are available on Github as a source code.