One of the reasons why people prefer an SLR camera over compact cameras or camera phones, aside from the image quality, is that an SLR camera allows you to take photos with a shallow Depth of Field. Shallow depth of field makes the object of interest "pop" by bringing the foreground into focus and de-emphasizing the background. Achieving this optical effect traditionally requires a big lens and aperture, and therefore hasn’t been possible using the camera on your phone, at least, optically.

Google has introduced a new mode, called Lens Blur, in the Google Camera app that lets you take photos with a shallow depth of field using just your Android phone or tablet. Just choose the point of focus after you’ve taken the picture, by tapping on the screen, and allow the software to automatically defocus the background. Not only that, it lets you refocus an image after it’s been taken. 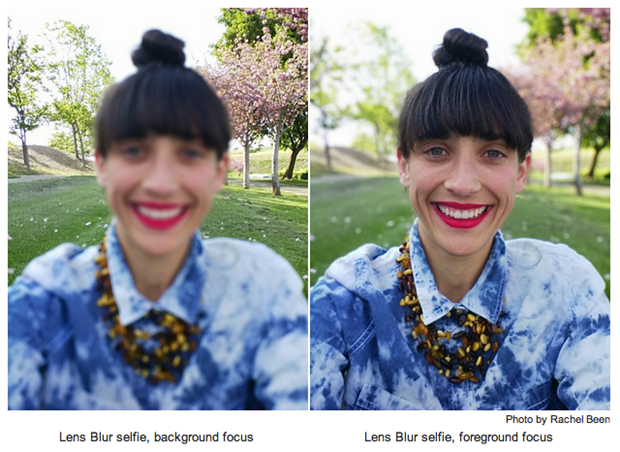 There is a depth-of-field slider using which you can simulate different aperture sizes, to achieve bokeh effects ranging from subtle blurs to tilt-shift landscapes. The new image is rendered instantly, allowing you to see your changes in real time.

To take a shot, you press the shutter and move the device upwards slowly while centered on your focal point. An image appears on the screen to guide you through the process and inform you if you’re doing it wrong. The extra depth data that the camera obtains lets the phone know what objects are near and far from you and then allow you to play with the focus after later. This is similar to taking pictures with two cameras side by side, to some extent, as with the new HTC One (M8) which is equipped with dual-camera for the very purpose.

Google Camera app shows that this is possible without two cameras using just about any camera phone. All it needs is Android KitKat and above.