As global weather changes and the earth’s ice cap melts, the rising sea level is going to dramatically change the planet’s geography in the coming century. In order to raise awareness among the public about the disastrous consequences of climate change, a crowdfunded organization called CarbonStory, who focuses on various environmental projects, has teamed up with two marketing agencies to come up with an interactive website called World Under Water, ahead of the upcoming World Environment Day on June 5. Powered by Google Maps, the site lets you pick any Street View location and see what it will look like after sea levels have risen.

World Under Water show what the world would look like if the water levels rose by 6 feet, which scientists say will happen at the turn of the next century. Users can enter an address and the chosen place will appear partially submerged on Google Street View. The computer generated water is alive with ripples and accurate reflection of the surroundings. 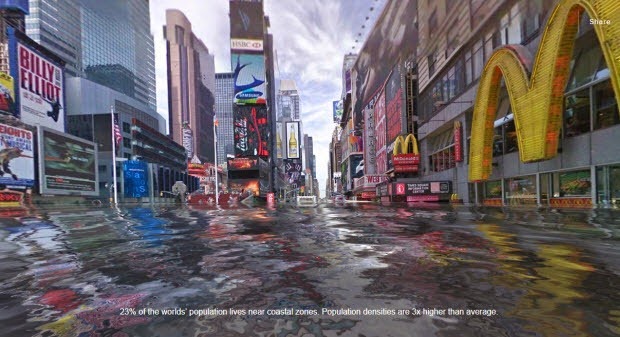 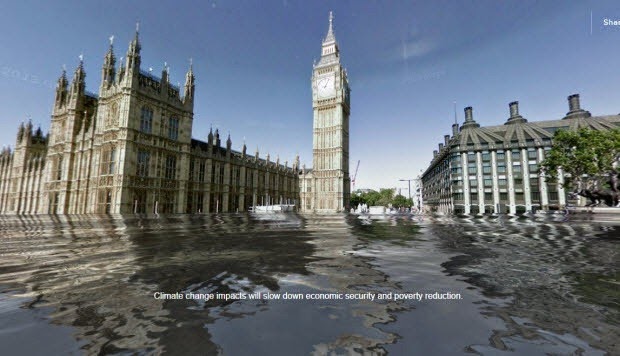 The problem, however, is that the website simply adds 6 feet of water to whichever address or landmark you plug into its search bar without taking into account the elevation of the place. This means that even if the location you enter is located thousands of feet above sea level, it will still appear flooded when using World Under Water.

It may not be the most accurate representation of climate change, but it’s intended to illustrate the larger issue behind global warming.