Ever downloaded a video from the internet that is barely audible? Fixing the audio volume is a simple matter of demuxing the video file into its constituting video and audio channels, adding a constant gain to the audio channel and then packing both together into a video container. This tutorial will show you how to do that.

Years ago, I wrote a similar tutorial showing readers how to increase the volume of the audio channel of a video file using a software called VirtualDub. The method described worked only with AVI files. The new method that I’m going to describe in this tutorial works with common video formats such as MP4, MKV and AVI.

We will use a software called Avidemux. It’s a portable software, so after downloading simply extract the contents of the archive into a folder and launch the file called avidemux.exe.

From the File menu, click Open and select the video file whose volume you want to increase.

On the left hand side, under Video Output choose the Copy option. This should already be selected by default. Under Audio Output, choose AAC (lav). Then click on the button “Filters” under Audio Output. 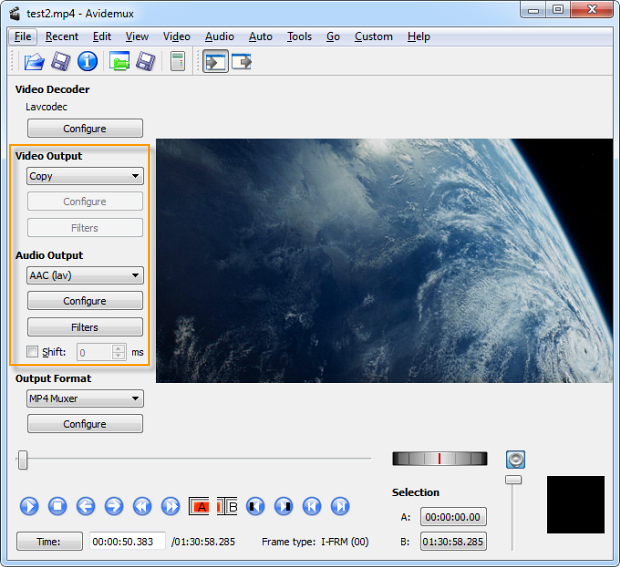 In the Audio Filters window, click on the button that says “None” next to Gain and from the drop-down menu choose “Manual (dB)”. 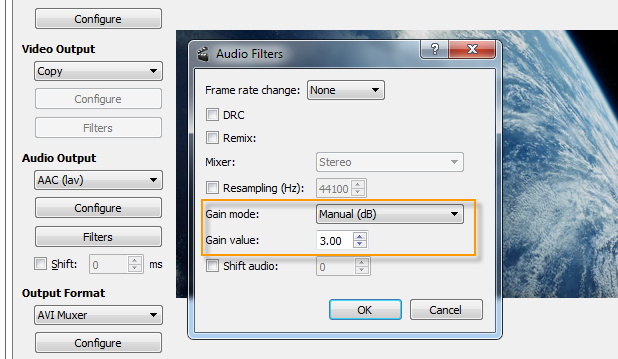 Make sure you don’t increase the volume too much, otherwise there will be clipping of the audio signal and this will sound on your speakers as static, which is certainly undesirable.

You can preview the results by switching to “Output” by clicking on the button shown below and then playing the video file using the playback controls on the bottom of the program’s window.

Under Output format, choose either MKV muxer or AVI muxer or MP4 muxer depending on whether the original file was MKV or AVI or MP4. But you can choose any video container, it doesn’t really matter.

Save the video by clicking on the Save button. The program will start encoding which will take just a couple of minutes at most.

Internet
Wikipedia is a massive time sink. It so captivates you that you never know how long it takes once you…

This Article Has 19 Comments