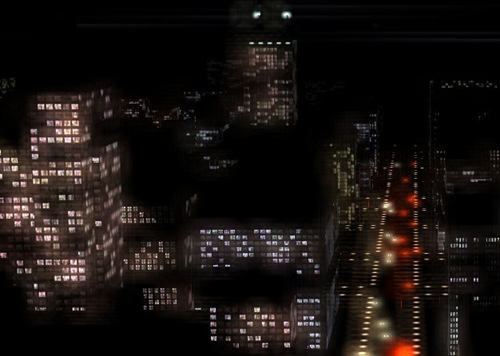 Like the realistic 3D landscape demoscene I wrote about earlier, Pixel City too is a scene procedurally generated by a program written in C++. This time the developer has released a demo video giving a brief walkthrough of how it was done. His blog describes the project in greater detail. If you are interested, I suggest you to check it out.

Pixel City has been compiled into a Windows screensaver and the source code released under GPL. Download and run the screensaver to watch the procedurally generated cityscape. Keep pressing “E” to get some special effects.