If you have used the beta and RC releases of Windows 7, you must have seen that the Ribbon interface is everywhere. Originally introduced in Office 2007, the ribbon is now integrated with Wordpad, Notepad and Paint. We have already seen programs that mimics Word 2009 and Notepad 2008’s ribbon interface for Windows XP. This time it’s the turn of Windows 7 Paint. 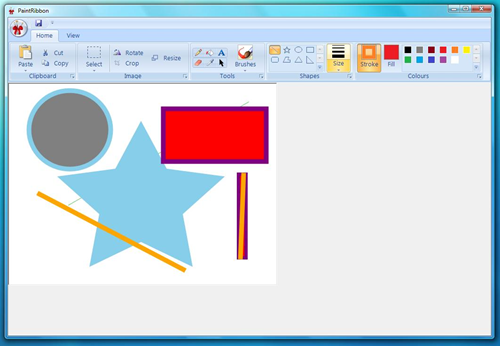 Currently Paintribbon can only open and save .pic (pict) image files, however additional file types will be supported in later releases. All buttons present in the original ribbon in Windows 7 Paint are found in Paintribbon so as to replicate the interface, however some of them are dummy. It’s expected that all buttons will become workable in later releases of Paintribbon.