Do you walk out of a theatre as soon as the movie ends and the end credits starts rolling? Many people do that. After all, who wants to know who the makeup artist’s assistant was, or who was responsible for the lights? End credits are like the bibliography at the end of a book – you have to include it but nobody reads it. And they are always like 10 minutes long. 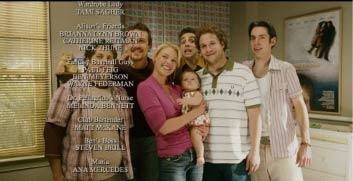 Movie producers know this too. So in order to make the end credits more interesting and possibly inspire the audience to sit through it, often short clips are shown while the end credits are rolling. These are known as “stingers”. A common example of a stinger will be videos of the production crew working on the sets, or bloopers which were edited out of the movie. Stingers are often entertaining to watch.

But how do we know if a movie contain stingers or not? What’s After The Credits is a site where you can quickly find out whether a movie, television show, or a video game has any special scenes during the credits or post credits.

At the time of this writing, What’s After The Credits had a total of 456 movies listed. Movies/shows etc are arranged alphabetically and an asterisk ( * ) at the end of an entry denotes that the movie or TV show or game contains stingers. You can also read details about the stinger and sometime get a few screenshots of it.

Also checkout RunPee, a site that tells you when you should take a bathroom break during a movie, and what you missed.