Mandriva recently announced a new environment targeted towards mobile devices such as netbooks and laptops. It’s called Mandriva InstantOn, a stripped down version of Mandriva Linux 2010. It’s major selling point is that it’s fast booting and light on system resources. Mandriva InstantOn is said to boot under 10 seconds. 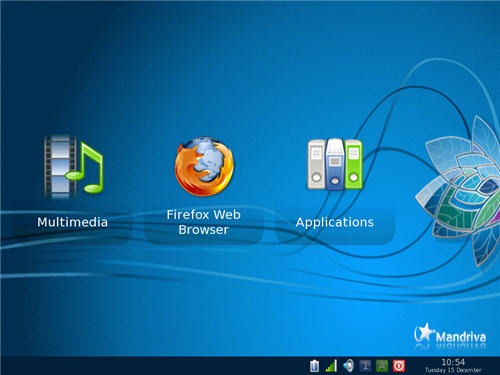 Mandriva InstantOn enables users to connect to the Internet to surf, watch videos listen to music etc. It comes with a minimal set of absolutely necessary applications like:

It also provides support for Wi-Fi and 3G.

InstantOn is available for download at 9.90 Euros. Yes, for some strange reason they have decide to charge for this OS. If you pay an extra 15 Euros you will get it on a 2GB pen drive shipped to you.

If you are looking for a free fast booting Linux distribution, checkout xPUD. This one is free, has a lot more applications than Mandriva InstantOn and also boots under 10 seconds.