If FreeCiv and Frozen Bubble is not enough to satisfy your gaming needs on Linux, give SuperGamer a try. Like the previously mentioned Linux-gamers, SuperGamer too is a Linux Live DVD filled to the brim with games.

The distribution includes both large, free and open source games as well as demo of commercial games ported to the Linux platform, such as Quake 4 and Doom 3. Then there are smaller games like PPracer, SuperTux, Neverball for some quick entertainment. 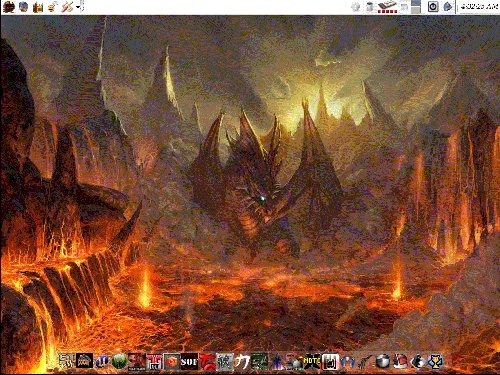 SuperGamer is available in both 32 bit and 64 bit flavors and is based on VectorLinux. There is a “Supreme” edition, a Dual Layer LiveDVD with a total size of 7.8GB. The games included in the Supreme version includes:

If 7.8 GB is too big or your DVD drive doesn’t support dual layer DVDs you have to settle for the standard SuperGamer 4.7 GB DVD. Of course, it compromises on the number of games for size.

SuperGamer is available for download on Torrents. It can also be bought online for $10.99.